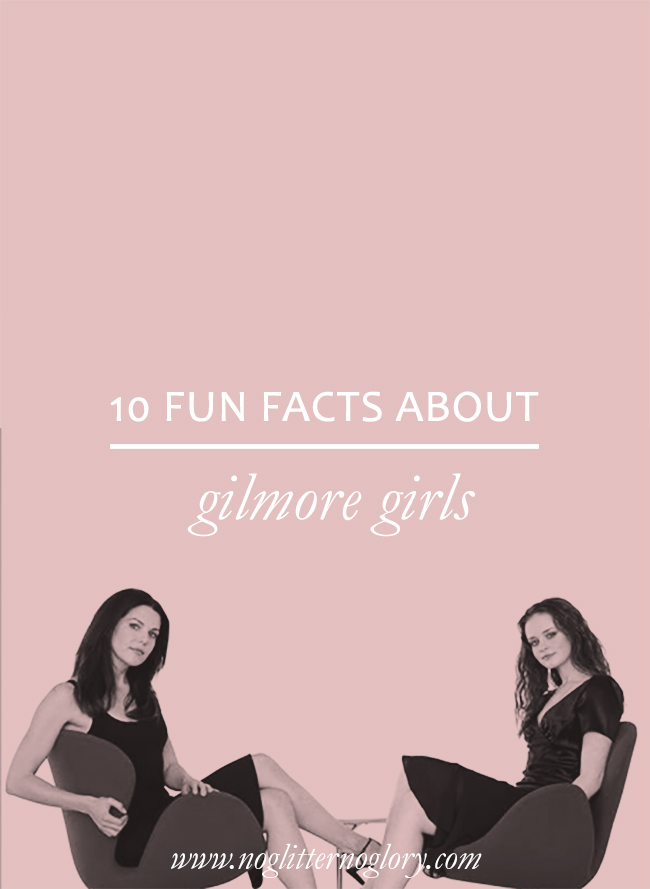 ‘ve never really considered myself a huge Gilmore Girls fan, but when Netflix announced a reboot of the show, I started watching the whole series all over again and discovered I had actually seen about 90% of the episodes before.

While I was often annoyed, mostly by Rory’s actions, I got so addicted! Plus the show is such a big deal for women on TV, something I didn’t fully grasp watching it growing up, but I certainly do now. And now that I’ve seen all seven seasons, I’m having some withdrawal symptoms. No better way to fight them than write a nerdy post, right?

So what do we know about the reboot? In true Netflix fashion, the four episodes that last about 90 minutes will be available at once on november 25th (cancel my appointments!).

Skip ahead here to #1 if you dont want any spoilers!

The most important thing to note is that series creator Amy Sherman-Palladino and husband Dan Palladino are back on board, which will probably do wonders for the quality of the show. In season 8, Jess will be back (YAS!), as will Dean and Logan (Meeeeh). Rory appears to be teaching at Chilton and Luke and Lorelai have been spotted holding hands, so I’m hoping they will still be together. Emily, Sookie, Lane, Paris, Michel and Kirk will all be back, and some new cast members will be added. Sadly, Edward Herrmann passed away in 2014 so the patriarch of the Gilmore family will not be coming back. Some images from the set can be found here. And now…

It was built in 1946 for the film Saratoga Trunk, but it’s also the set of Pretty Little Liars and Hart of Dixie. 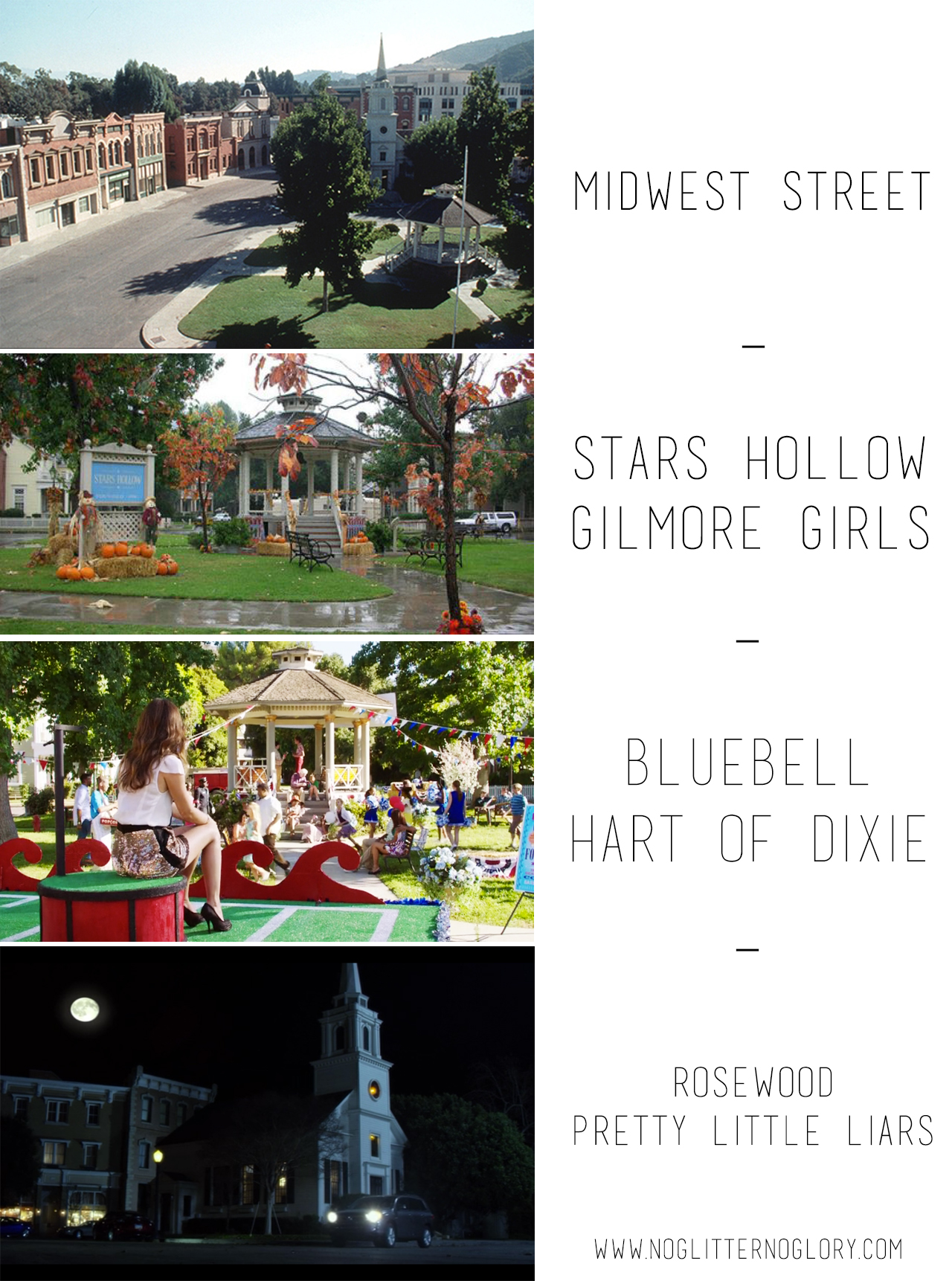 2. The average script for an episode is 75–80 pages, while a normal hour-long television show usually has 45–50.

This is due to the fast-paced speech in the show, something Gilmore Girls is quite famous for. Gilmore Girls did quite the job portraying smart, independent women as main characters with humor and wit. On that note, did you know the show referenced 339 different books? 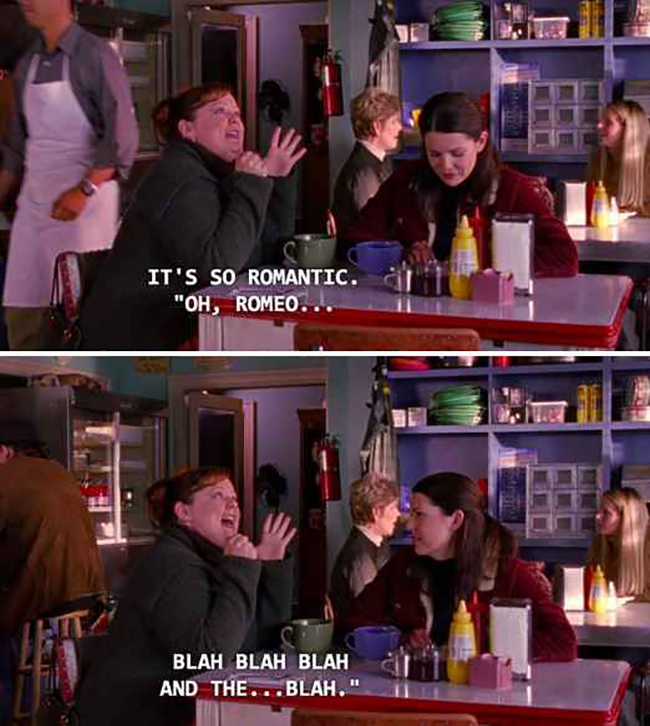 Liza obviously did not get the part, but the producers liked her so much that they wrote her her own character. In other confusing character news, Melissa McCarthy wasn’t supposed to be Sookie. Alex Borstein was cast as everyone’s favorite TV chef but had to drop out because of scheduling conflicts. She does play three other characters on the show: the harpist Drella, Emily Gilmore’s stylist Miss Celine, and the voice of Lorelai’s angry neighbor. Just imagine…What would comedy be like in 2016 without Melissa McCarthy? 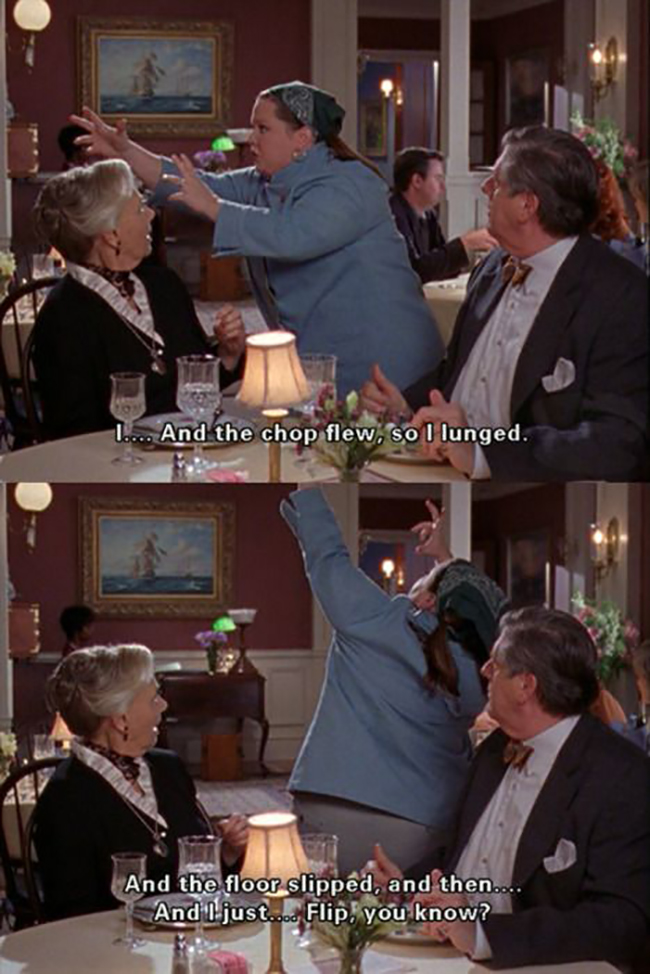 4. Luke wasn’t supposed on to be a series regular.

He was going to be in the pilot, but because of the chemistry between him and Lauren Graham (Lorelai Gilmore), he was signed for more episodes and became a fan favorite.

Wait? Wut? Yes that’s right, but what would this show be without Coffee and junk food? Alexis’ coffee cup was filled with Coca Cola in stead of coffee when filming. 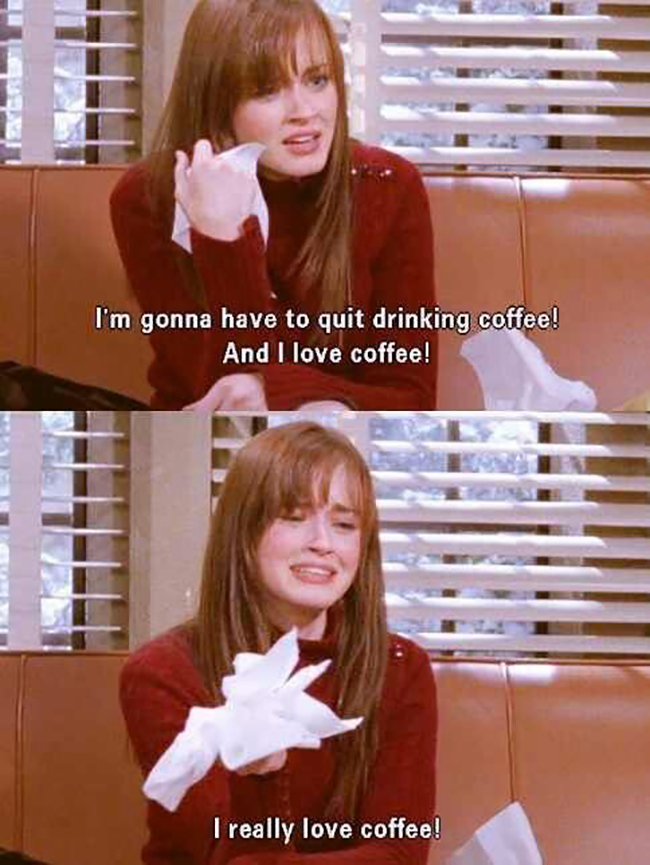 6. Milo Ventimiglia (Jess) and Alexis Bledel (Rory) dated off screen for three and a half years.

And in on screen dating news, Jess was written into the show so Luke and Lorelai would have yet another reason not to date. After he moved to LA, Jess (Milo Ventimiglia) was supposed to have his own spin-off called Windward Circle. Because of the high cost of filming on location in California, it was canceled. 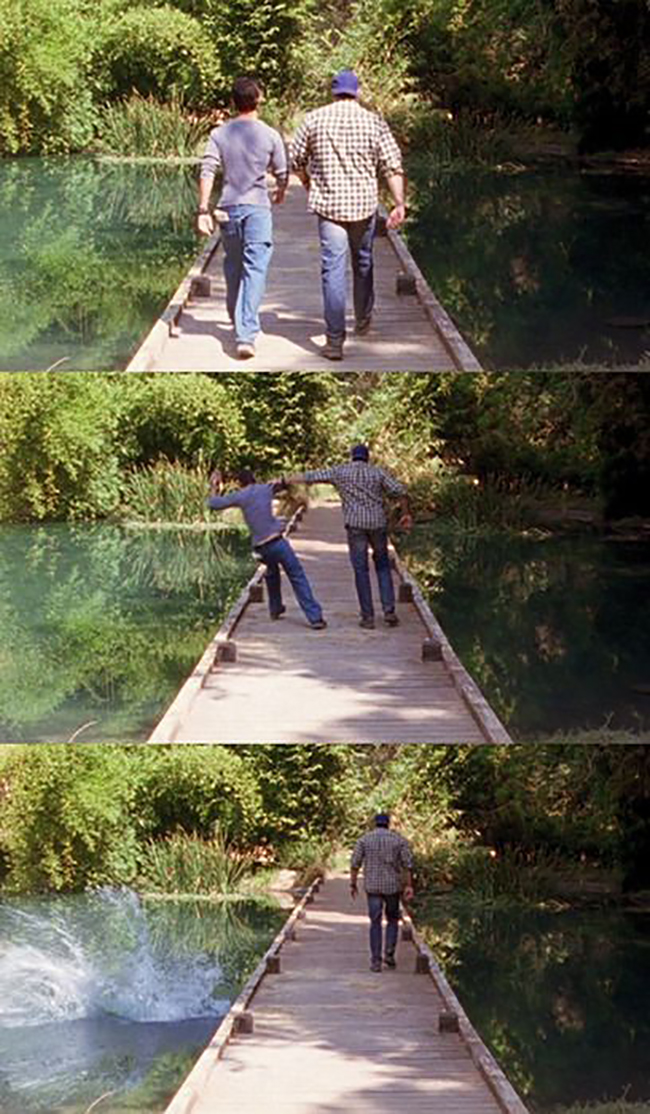 Rory speaks broken Spanish with Esperanza the maid, but she grew up in a Spanish-speaking household and speaks it fluently. English is her second language. 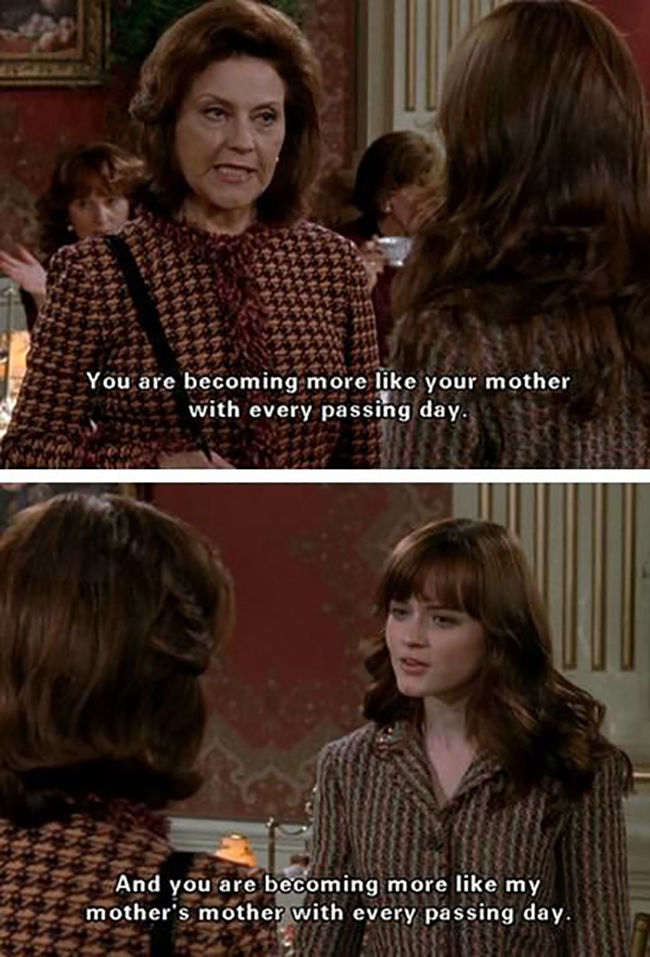 8. Alexis Bledel had never acted before she was cast as Rory. 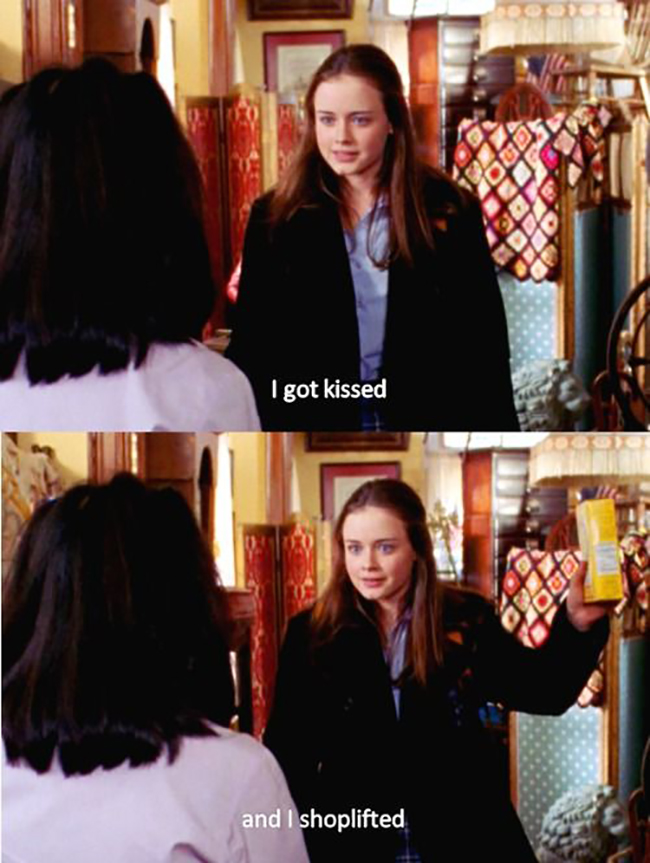 9. Lane was based off Amy Sherman-Palladino’s best friend Helen Pai.

Pai was a producer on the show and Lane’s band, Hep Alien, is an anagram of her name. 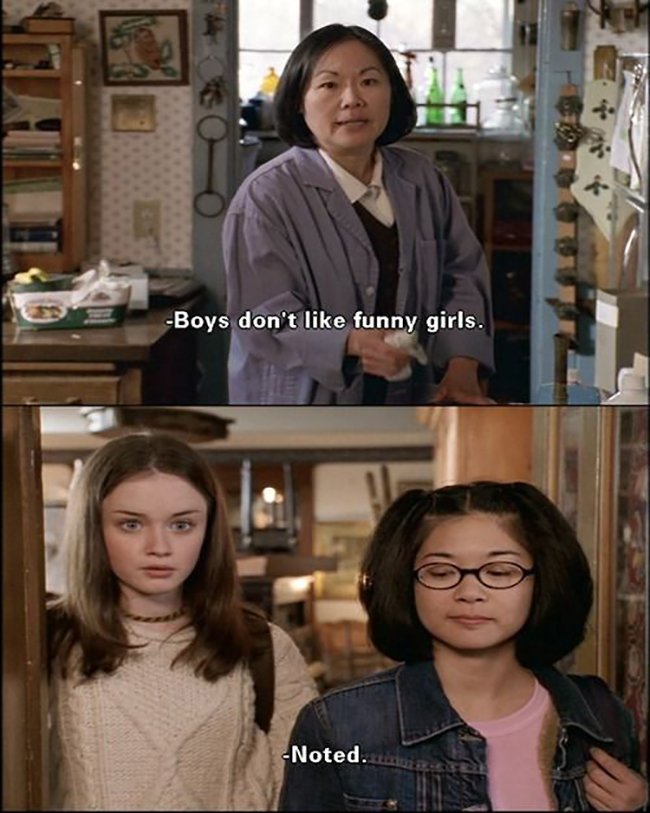 10. Series creator Amy Sherman-Palladino and her husband Dan did not make season 7.

In 2006 they released a statement saying “We were unable to reach an agreement with the studio and are therefore leaving when our contracts expire at the end of this season.” Later they said that they were frustrated that the network didn’t allow them to hire more writers. Before she left the show, Amy Sherman-Palladino had four very specific last words in mind for the series finale. On november 25th we’ll finally know what they are. 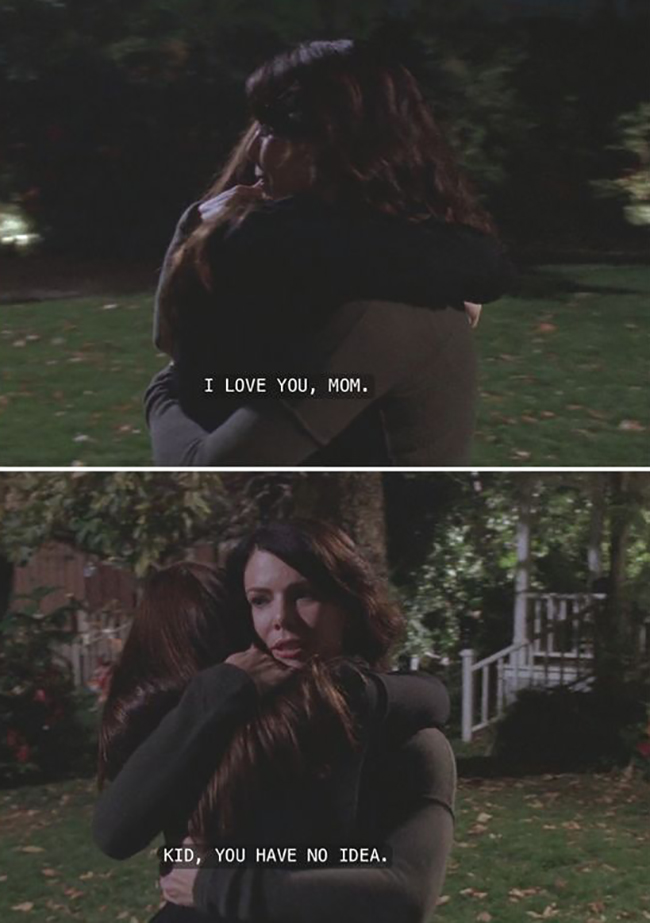