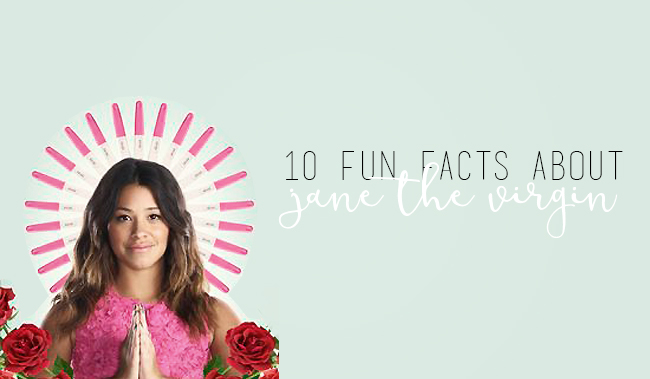 So, I have to be honest about it. I think the title of this show was holding me back for the longest time to start watching it. And when I heard what the show was about, a 23 year old virgin being accidentally inseminated during a visit to her doctor, I thought “no way!”.  But when my friend Nathalie told me one weekend that she was binge watching the show my interest was sparked. And so, when I saw Jane The Virgin appear on Netflix, I gave the woman a chance and oh was I happy that I did! The funny dialogues and the telenovela drama has been exactly what I’ve been missing ever since Ugly Betty went off the air. (Which reminds me, I really like Eva Longoria’s new show Telenovela as well, do check it out!) Since I started watching, I’ve converted many a friend to team Jane myself, and because Jane The Virgin seemed like a show that has a lot of fun facts, I couldn’t wait to start digging! So here they are:

10 Fun Facts about Jane the Virgin 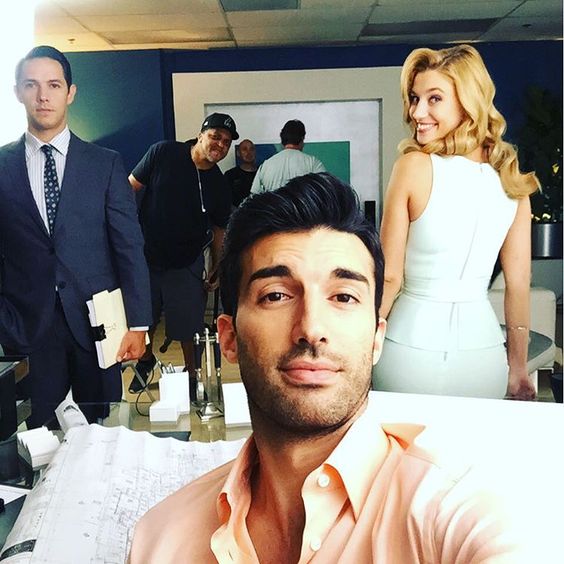 1. The Golden Globes confused Gina Rodriguez with someone else. 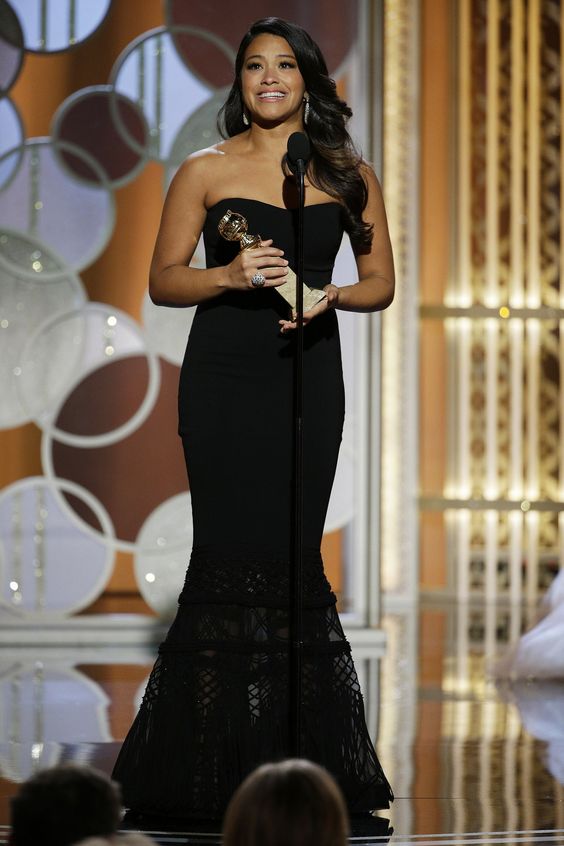 In 2015, Gina Rodriguez (Jane on the show) moved the audience with her acceptance speech for the Golden Globe for Best Performance by an Actress in a Television Series. It was a big day for her and the show, but also for the CW,  because Jane The Virgin landed them their first Golden Globe nomination and win!

Last december however, the Golden Globes made a mistake by confusing Rodriguez with Ugly Betty star America Ferrera. Both actresses were a total sport about it, though, and when Eva Longoria and America Ferrera took to the stage to announce the winner for Best Actor in a TV Drama, this hilarious moment ensued:

Jaime Camil, who plays Rogelio de la Vega, an adorable yet dramatic actor with quite the ego, is an actual telenovela star. Camil is of Mexican origin and has starred in many telenovelas, but the most well known must be La Fea Mas Bella, a remake of Yo Soy Betty, La Fea, which is the original Ugly Betty. 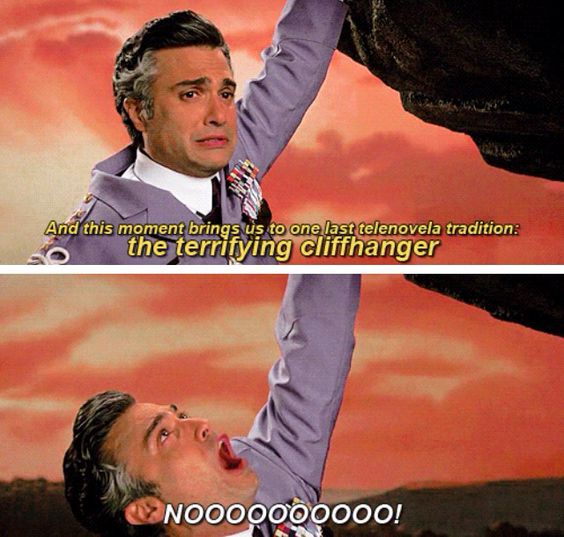 3. Gina Rodriguez turned down a role on Devious Maids. 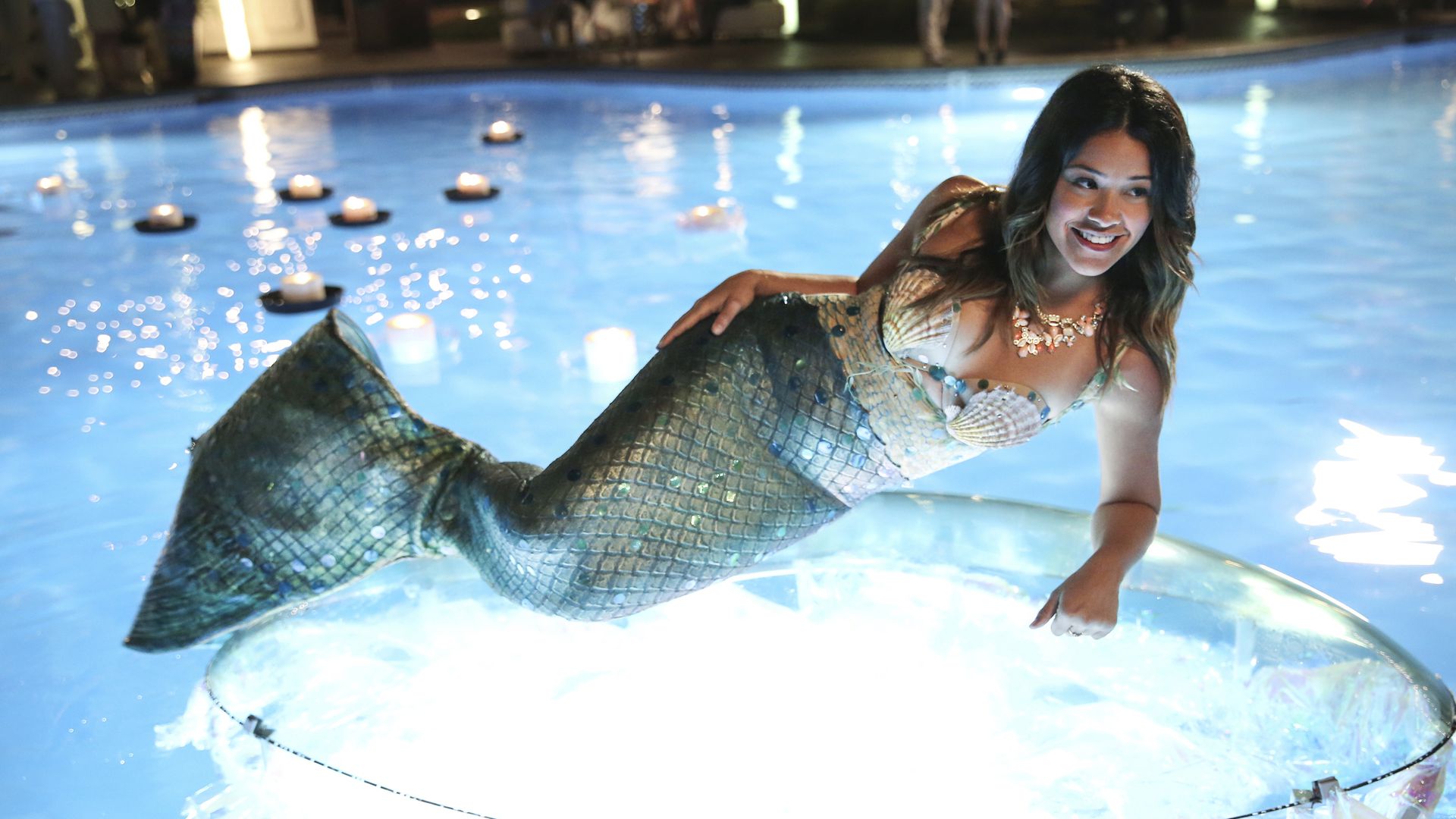 “I didn’t connect to Devious Maids. I didn’t want that to be my coming-out,” she told The Hollywood Reporter. She told the magazine she wouldn’t have changed anything because Jane The Virgin is what she was meant to do. “This is supposed to be my journey. Whether this journey last one season or 10, I’ll take what I can get, because these are the stories that I want to tell.” 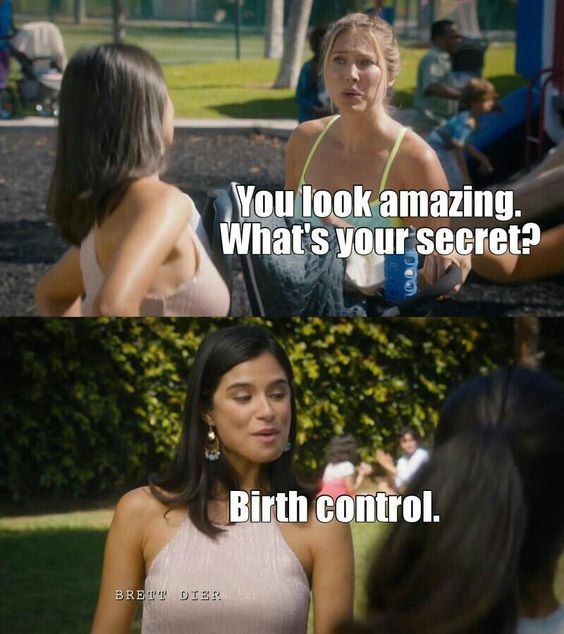 Diane Guerrero, who plays Lina, also auditioned for a role on Devious Maids. “I wanted the part so bad,” she told Remezcla.  Guerrero didn’t get cast but apart from Jane the Virgin, she was cast in Orange Is The New Black. Not too shabby!

4. Justin Baldoni is the cutest with his wife and kid

Justin Baldoni, a.k.a. Rafael Solano previously played parts on The Bold and the Beautiful and Single Ladies, but you may recognize him from a viral proposal video as well. He proposed to longtime girlfriend Emily Foxler in a 30-minute video (yup, that long!) complete with flashmobs, inside jokes, and surprise family visits from Sweden. The video ends at the Blu Jam Café, where they had their first date, with Baldoni on one knee. The video has over 10 million views on YouTube.

Now Justin and Emily are married and they have a daughter Maiya. Head on over to Justin’s Instagram account for some “awwwe” inducing moments.

This picture perfectly represents what this incredible woman is in my life. My light. I love you so much sweetheart, you light up my world. This isn’t a valentines post… It’s an every day I’m grateful for the woman you are post. I don’t need a holiday to tell you how much I love and adore you.

5. Rodriguez made an immediate impression on the producers.

Executive producer Jennie Snyder Urman (who had previously worked on shows like Gilmore Girls and 90210) said “there was just nothing to change” about Gina Rodriguez’s audition. “You expect it to be a really long search, and to see someone come in, literally the third person, it was amazing.”

6. The show is supposed to be Ugly Betty meets Gilmore girls.

“I wanted to describe [the show] as Ugly Betty meets Gilmore Girls,” Executive Producer Snyder Urman says. “The two of them together is that strange mark I’m trying to hit.” And it works! 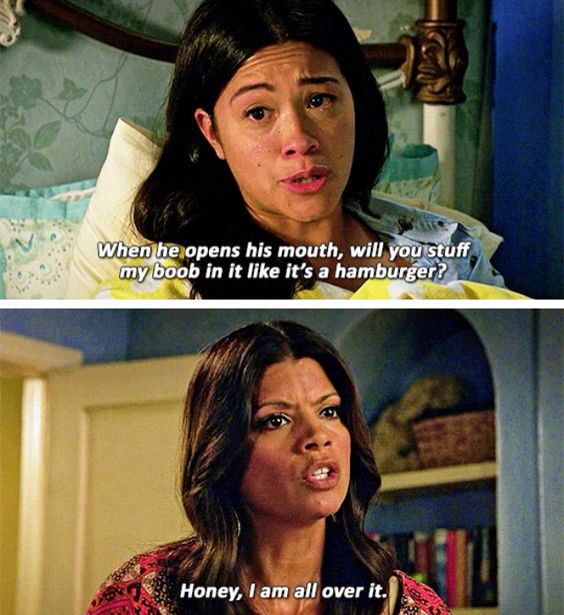 7. Petra Solano seems to be the villain everyone loves (or loves to hate)

“I was expecting so many hate tweets, but all I’ve gotten was, ‘She’s so evil, but I really like her and don’t know why!’”Israeli actress Yael Grobglas says. Yael Grobglas previously appeared on the CW in Reign and in the pilot for The Selection. Grobglas found the perfect fit as Petra Solano on Jane The Virgin. “You never know if you want her to find true love and live happily ever after, or if you want her to be a complicated villain.” 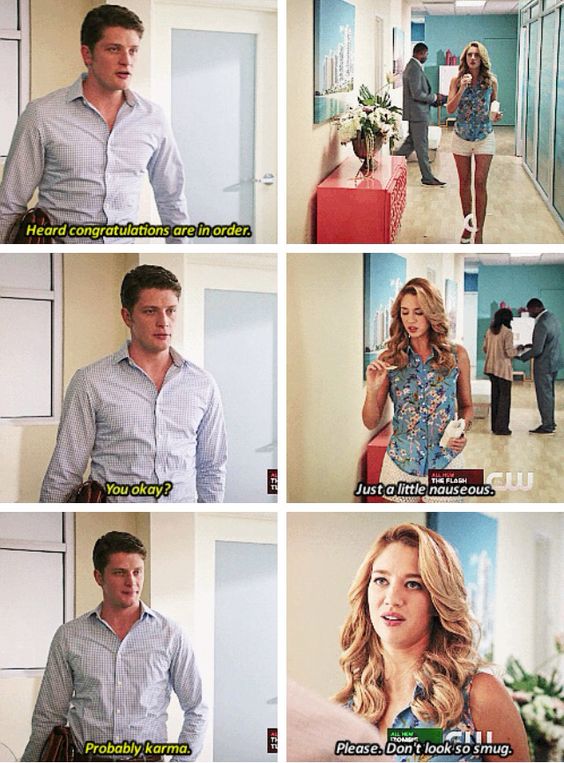 8.The show was based on Venezuelan telenovela “Juana la Virgen”

The show aired in Venezuela in 2002. In the original show, Juana is only 17. There’s the accidental insemination, there’s  also a Rogelio involved, but other than that, there’s not much the same in the shows. 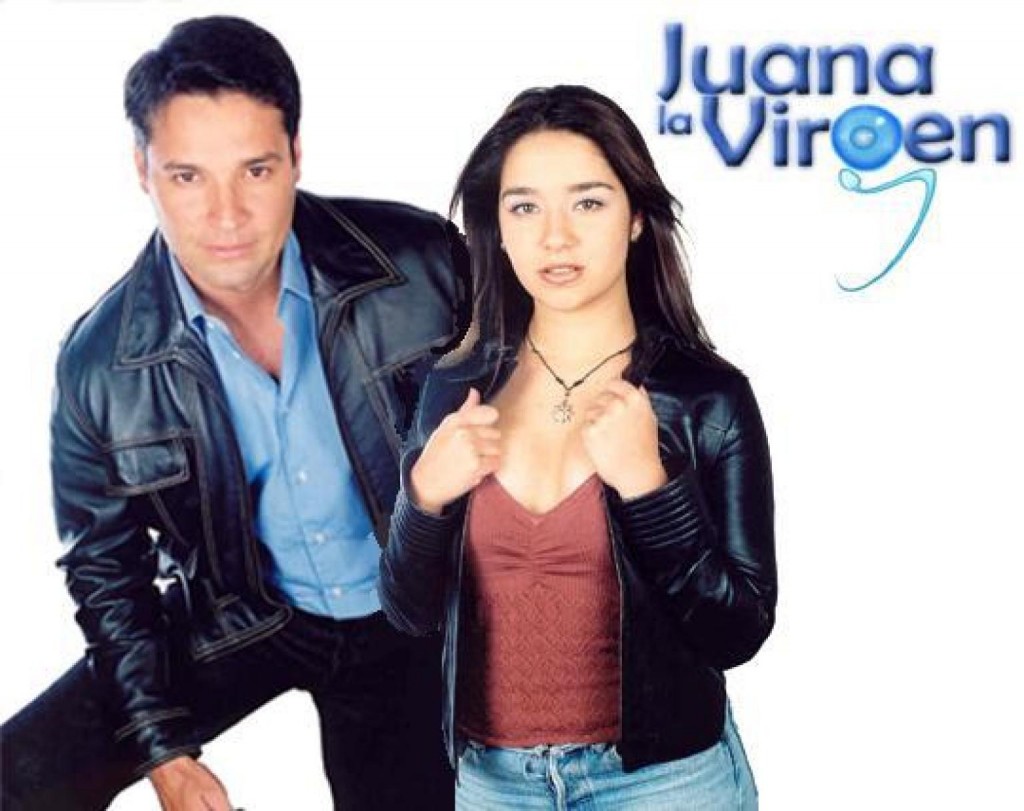 9. The show is a narrator’s dream come true.

“It’s a dream come true in terms of someone finally allowing me more than 30 seconds to tell a story,” narrator Anthony Mendez tells TVGuide.com. “You always know you want to do a show, but as a guy who does 100 percent voiceover and no on-camera, you think you’re going to do your first show on, like, Discovery. Maybe a lobster-fishing show. So it’s a big shift.” 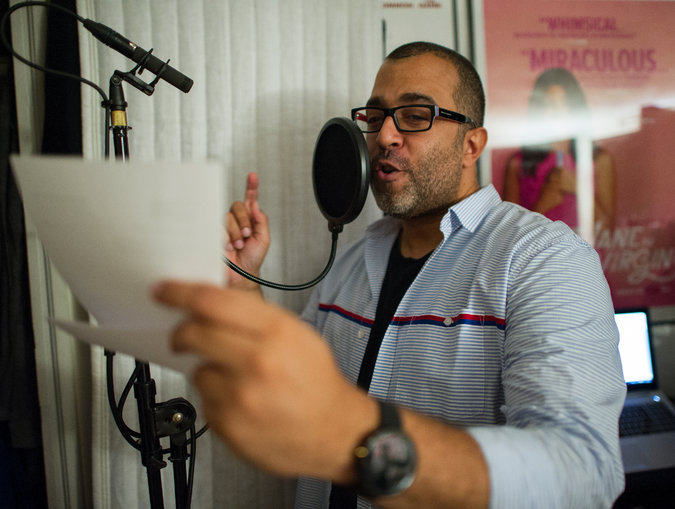 Image by Gregg Vigliotti for The New York Times.

I can’t imagine what the show would be like without the narrator, so it’s obvious why Mendez calls it the “gig of a lifetime”.

You may have heard Sean Penn interviewed drug lord El Chapo, but what you may not realize is that popular Mexican actress Kate del Castillo (who plays Luciana Leon on Jane) was the one who brokered their encounter. The show’s executive producer Jennie Snyder Urman didn’t see that one coming. “It feels like it’s straight out of a telenovela, I would say.” She’s even joking about referring to it on the show: “You could see Rogelio accidentally interviewing the most wanted man in the world.” To be continued for sure! 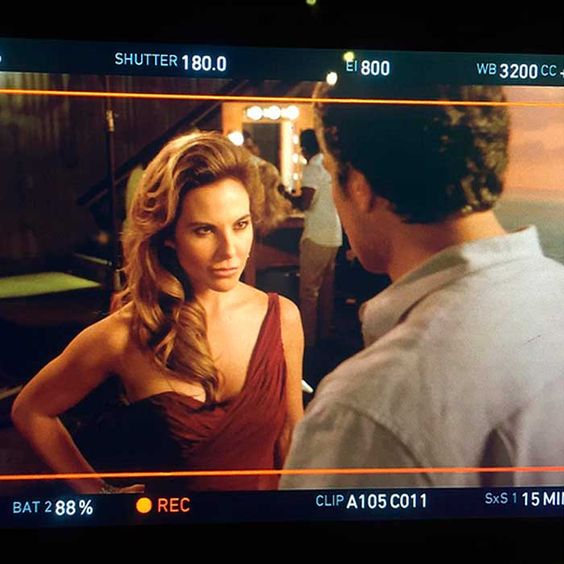 All images, unless credited otherwise (c) The CW