I can only really enjoy television drama when there’s a little humorous sauce poured over it. That’s why I like Orange is the New Black and Hart of Dixie. It’s also the reason why I used to be a big fan of Desperate Housewives. I must admit I was more than a little sad to see that show end, and for the longest time I felt there wasn’t a proper replacement for it.

Enter fellow ABC show Mistresses, albeit less suburban and more glamorous, but it’s the closest any show has come to fill the hole Desperate Housewives has left in my heart (dramatic, moi?). It’s witty and current, and dives into the lives of four women to look at their relationships from all different perspectives. It also vaguely reminds me of Lipstick jungle and Cashmere Mafia, two shows that got cancelled before they even properly started, but I have high hopes for this one. Is it the best show in the history of television? No. Is it highly addictive and entertaining? You bet!

In the US, Mistresses just finished their second season, but in Belgium Vijf just started showing the first season on tuesdays at 22:25. Missed it? Watch it here. 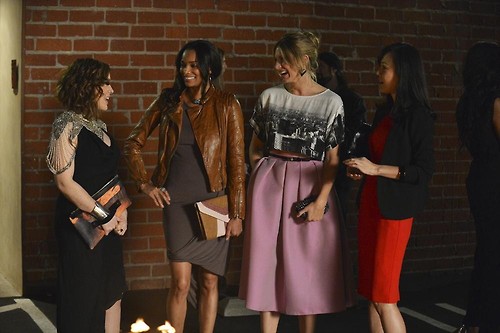 Costume designer Roemehl Hawkins draws a lot of inspiration from blogs. “There are a couple of blogs that actually show real people from around the world and what they’re wearing so I’ll pull some [inspiration] from that.” She told As mom sees it. 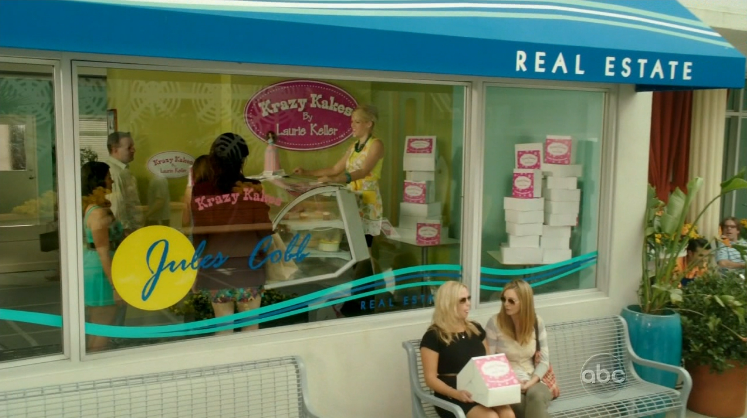 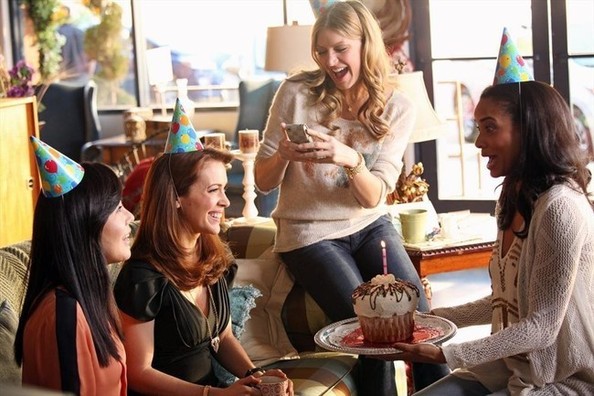 Dom’s (Jason George) office has a photo of his own real life children.

She has her own clothing line for female sports fans called Touch and is a big fan of the Los Angeles Dodgers.

7. Jocelyn may be the sassy single girl on the show, but…

In season 2 Jes Macallan’s real life husband stars in the show as an FBI agent. 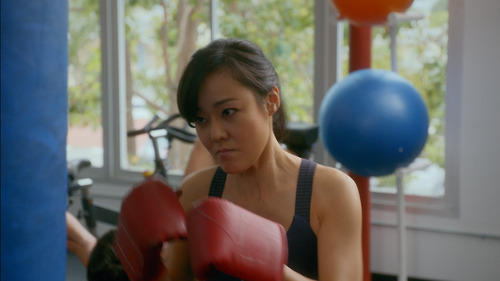 She immigrated to the US at age 10.You may recognize her from Lost.

9. Alyssa Milano loves that her character is flawed. 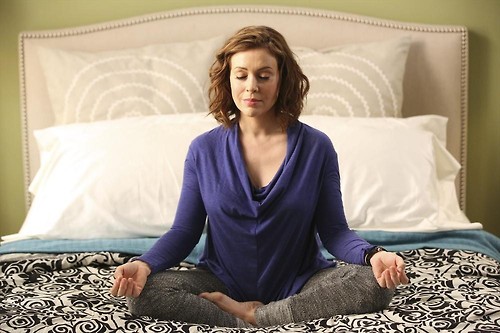 “I loved how flawed the character (Savi) was. I loved how she was this woman who seemingly had everything together. She was so driven in her career, so successful and yet her life was unravelling. I thought that was really relatable.” She tells TV fanatic.

10. This is actually the second time a Pilot was made for the show 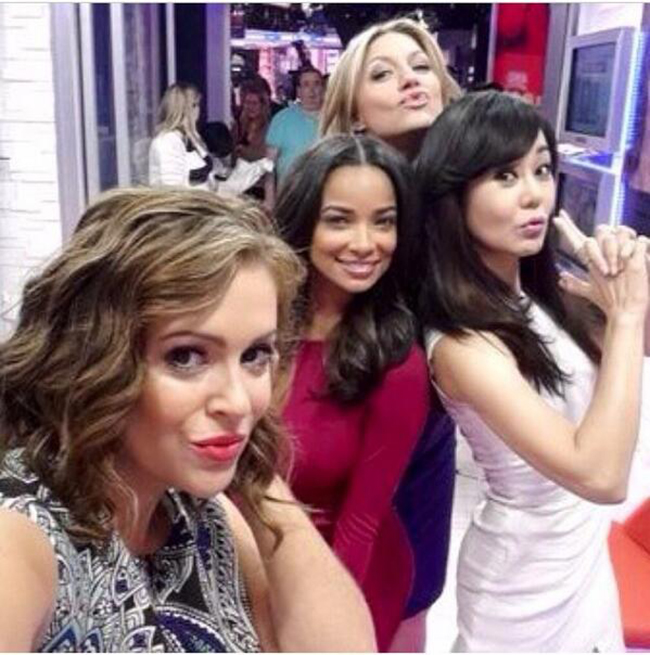 Rochelle Aytes already starred a”Mistresses” pilot that was rejected by Lifetime TV, but then, ABC picked it up and she was called to play the role of April.