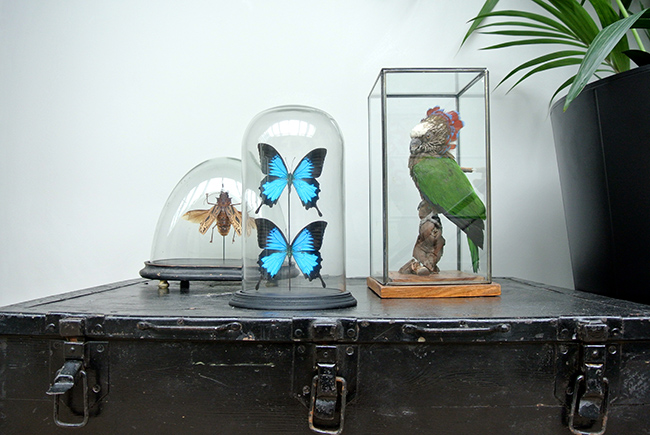 When we were 18 years old, Jeroen, myself, and a bunch of other people organized a big party in Leuven, and somehow we ended up going to our high school prom together. But you know how it goes, a good ten years later we couldn’t really remember the last time we’d seen each other.

Trough facebook I’d already discovered that Jeroen had become a fellow entrepreneur and when he contacted me, we quickly decided that we should meet up for a coffee and this interview. You see, the line of work Jeroen chose was something rather noteworthy, because since this summer, Jeroen has become a taxidermist. 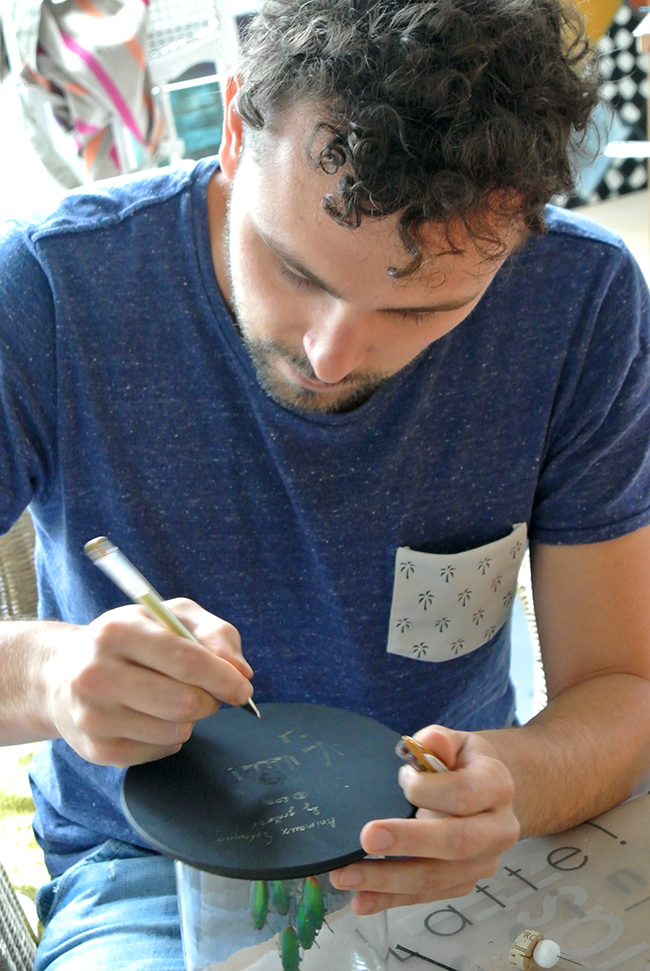 Can you tell me a little more about yourself? Who are you and what do you do?

“I’m Jeroen Lemaitre, 27 years old and I’ve just become an entrepreneur. I’ve worked for VRT before, and my job included making other people’s dreams come true and at some point I thought “I have to make my own dream come true!”. I’m young now, the risks are relatively low. This is the moment to go for it. I’ve always been passionate about taxidermy, even before it became my fulltime job, so the choice was obvious.” 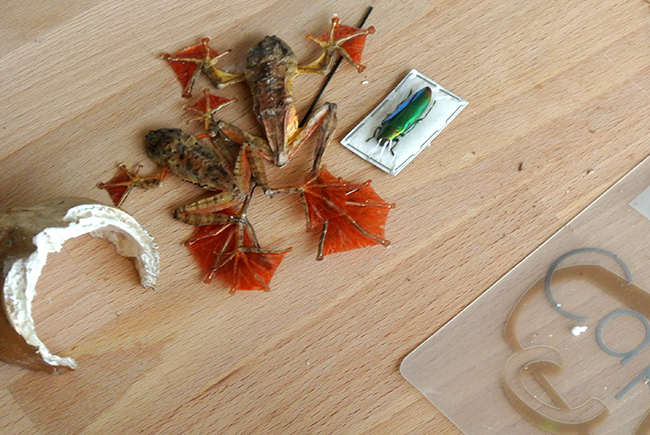 I honestly wouldn’t know where to begin?

“I started with butterflies, which I learned from youtube. You also have tutorials to make bombs but I chose butterflies. I thought, ok, it’s a start, but I also wanted to be able to stuff other and bigger animals, which wasn’t so easy to learn. You do have a number of taxidermists in Belgium, but taxidermy is somewhat of a “magical sorcerersworld” in the sense that nobody wants to reveal their secrets. It’s a really niche sector and there aren’t any real training programs here, it’s something an expert has to be willing to teach you. I found someone in The Netherlands who wanted to teach me, so I did an internship there with a taxidermist who also works with Jan Fabre and Damien Hirst. It took me six months to get the internship and I’ve been in training for the same amount of time.” 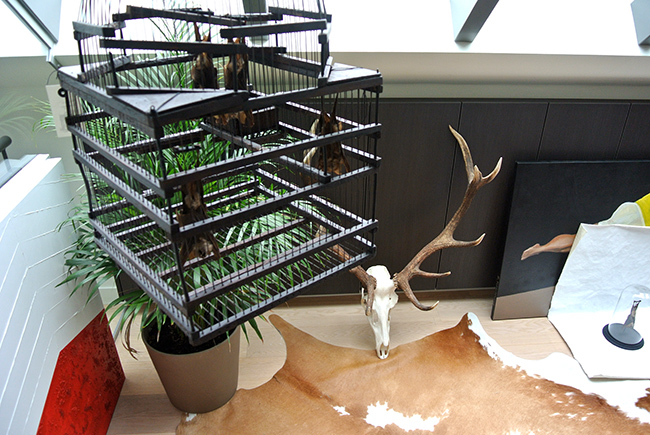 What is it that attracts you in taxidermy? I can’t imagine it’s a childhood dream?

I can’t pinpoint the exact moment when I wanted to become a taxidermist, but it was a combination of so many factors. I began with the butterflies as a hobby, and the reaction people had to my products was amazing. I love the idea of making these little treasures that people cherish, gift, and keep in their homes.” 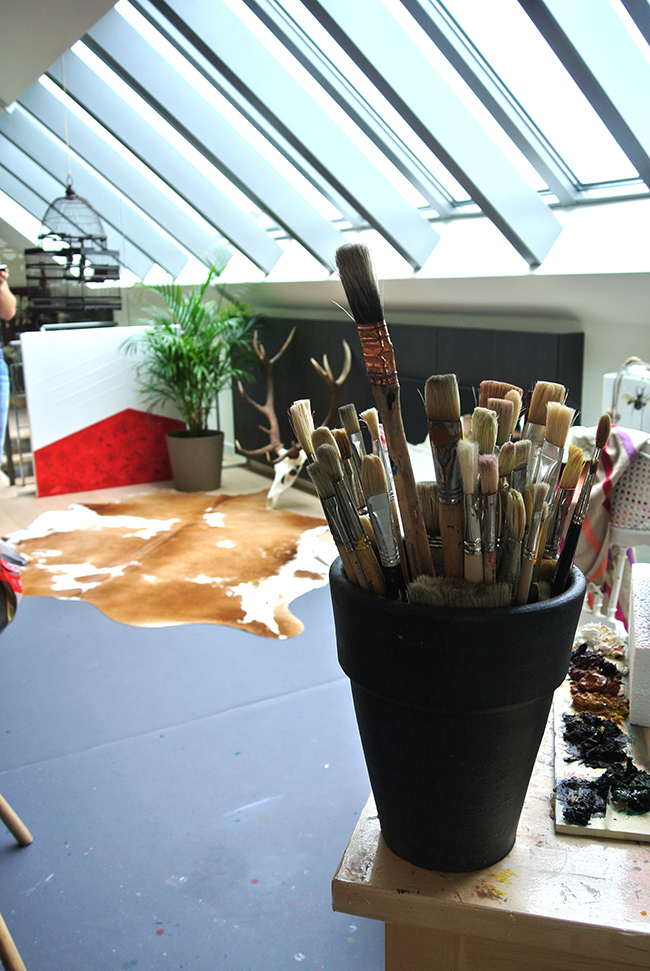 // Jeroen’s atelier is also his mother’s. She’s an artist and draws inspiration from Jeroen’s work.//

How do you see yourself?

“Some people see me as an artist, but I sort of see myself as a conserver of beautiful things in nature, a treasure hunter who heads into the jungle and comes back with a suitcase full of wonders. I call myself Mr. Pop Safari, and my motto is “Treasures are collectable”.  I love the fact that my product instigates emotion. People always react to what I do, sometimes negative but mostly positive. It mostly astonishes and fascinates.”

Is it difficult for you to sell these treasures?

“Yes, because there’s so much emotion involved, it sometimes hurts to sell pieces. But somehow, my customers are always nice people, so that makes it a little easier.” 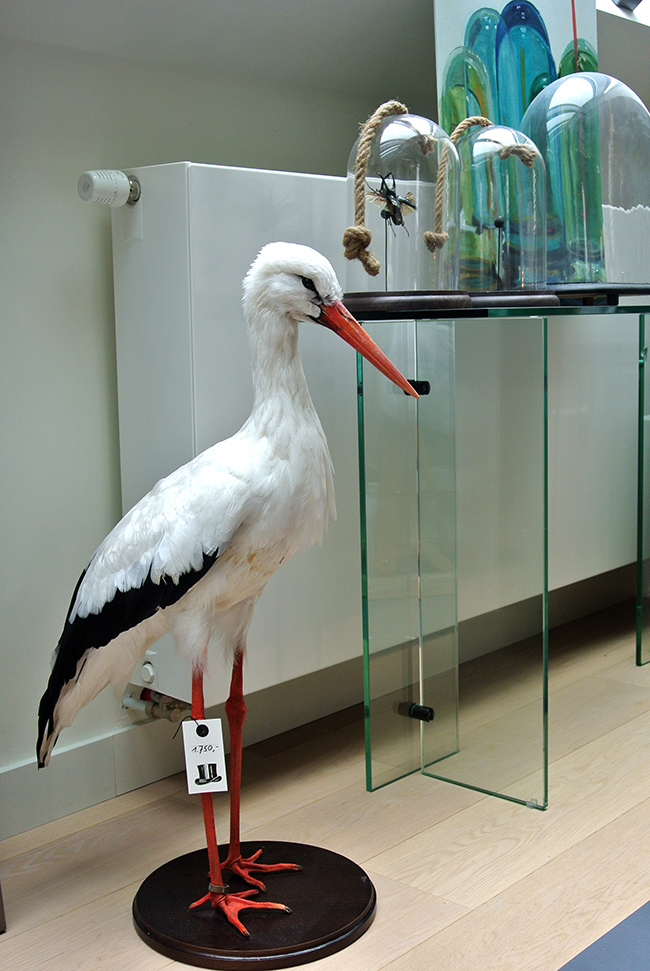 Where do you get the animals you sell? Is it possible to approach you after a pet has died to stuff it?

“That used to be possible, but because the law changed a lot in the sixties and seventies, it has become quite difficult to stuff indigenous animals. I get it, it’s to protect nature and prevent people randomly going outside and killing a bird, but it’s a shame for indigenous animals that die of natural causes. All animals I use died from sickness or old age, I don’t want nature to suffer because I want to make something beautiful.

A lot of the animals, like birds or butterflies come from breeders of exotic species. Take the baby ostriches for example, there are always a few birds that are stillborn, and it are those animals that end up in my hands. The blue butterflies I work with, they only live for two weeks or so and afterwards, they can actually just scoop them off the floor.  People also work with zoo but  it’s quite difficult to get foot in the door there.” 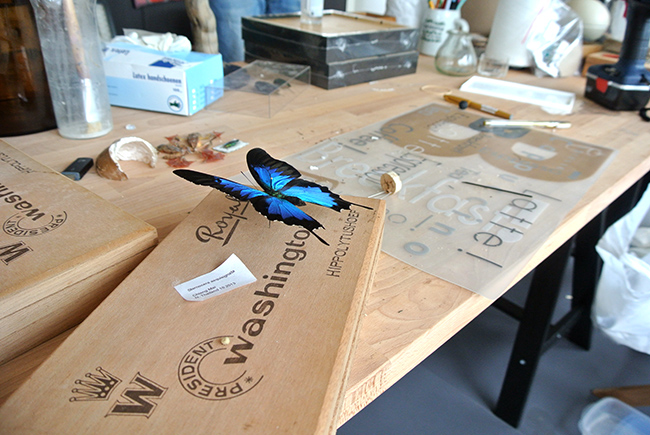 How do you start on something like those baby ostriches?

“Well, you cut them open vertically beneath the beak, all the way down to the neck and belly, and then you skin it. The insides of birds kind of look like chicken, and all of it gets thrown away. You actually recreate the animal with wood and special stuffing, only the skin remains.” 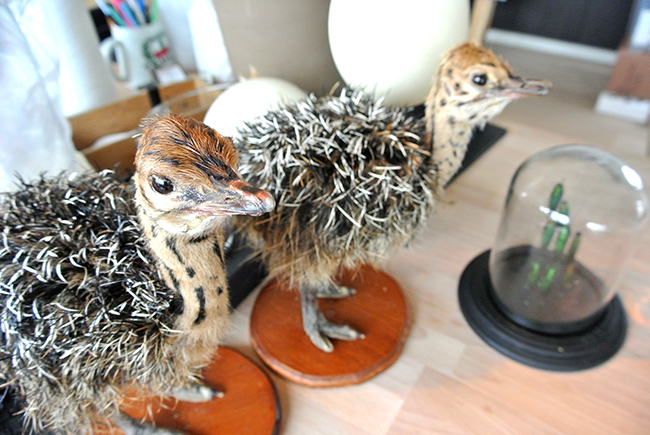 What is the biggest animal you’ve worked on?

“I think that would be a full-grown ostrich.” 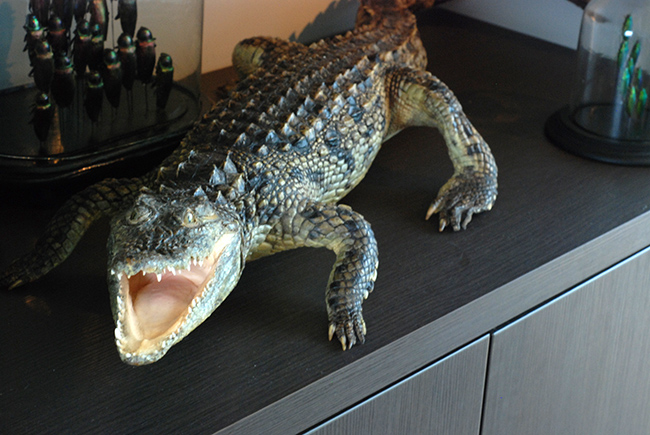 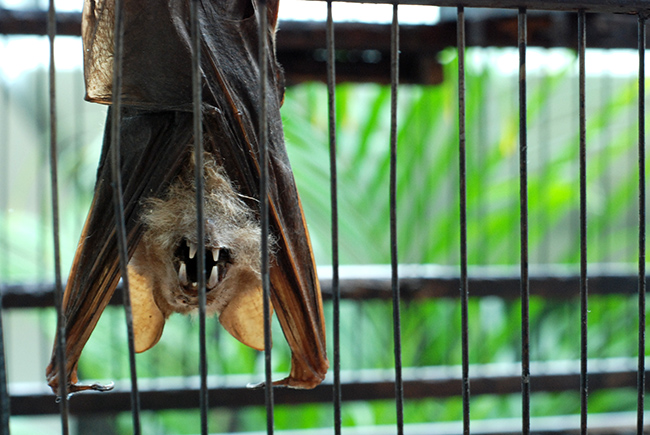 “It doesn’t have anything to do with taxidermy, but I am really inspired by Dries Van Noten. His colours, his patterns, his prints…I just love the whole world he creates. I also really admire the Dutch taxidermist Maurice Bouten, he’s extremely good in what he does and wins tons of championships, I think he’s my biggest example.” 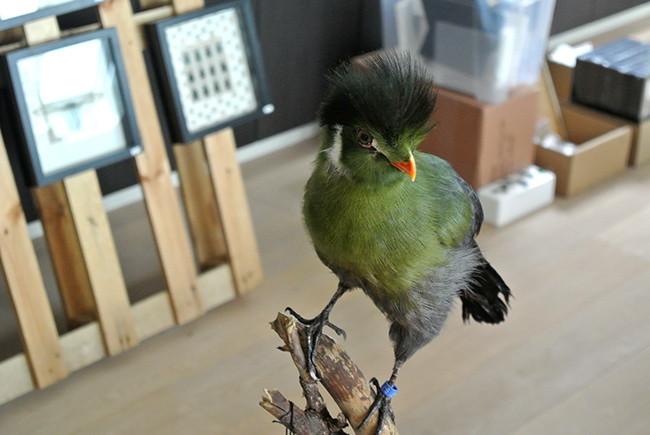 What is your advice for anyone who wants to start something of their own?

“Do it! Make, create, start! Because you can talk about it all you want, but it’s taking action that counts.” 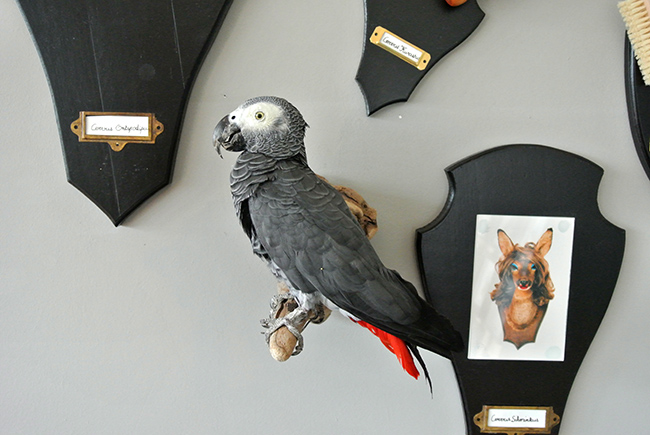 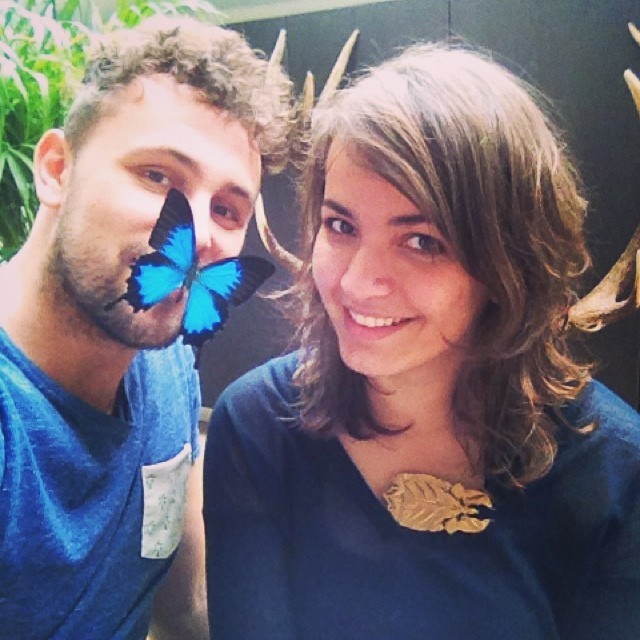 Shop Jeroen’s wonder world on www.animauxspeciaux.be or in his shop:
Mechelsestraat 37, 3000 Leuven, Belgium

Last image by Jeroen Lemaitre on Instagram, all other images by me.