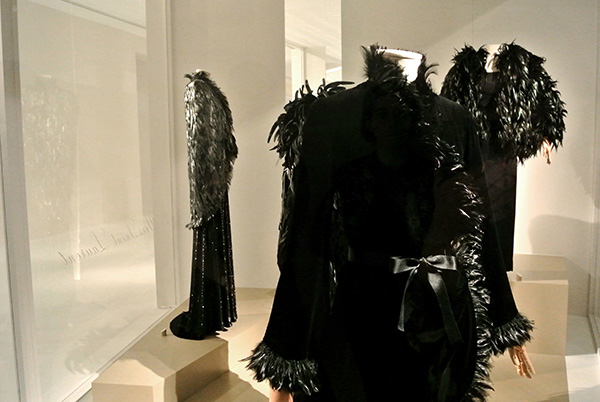 The Antwerp Fashion museum MoMu has a new exposition going on called Birds of Paradise. I got to visit it yesterday on a guided tour by curator Karen Van Godtsenhoven, so needless to say I was pretty pleased! You see, in these environments, I get to truly geek out about clothing the way I like it. Not the “who-wore-what-to-where” circus of the red carpet or the fashion weeks, but the incredible detailing of garments you can only see up close, their (historic) references, and the antique gowns you never get to see anywhere.

Birds of Paradise is an expo about the diverse use of feathers in fashion, from delicate to threatening, from the use in collars and trimmings, to fans, or entire silhouettes. Pièce de résistance in the expo is Marlene Dietrich’s coat made out of swan’s-down (from the necks of these poor creatures, that is). Dietrich had it made by costume designer Jean Louis to conceal her aging body in later years. No less than 300 swans were used for the manufacturing of one coat, and apparently Dietrich had three. 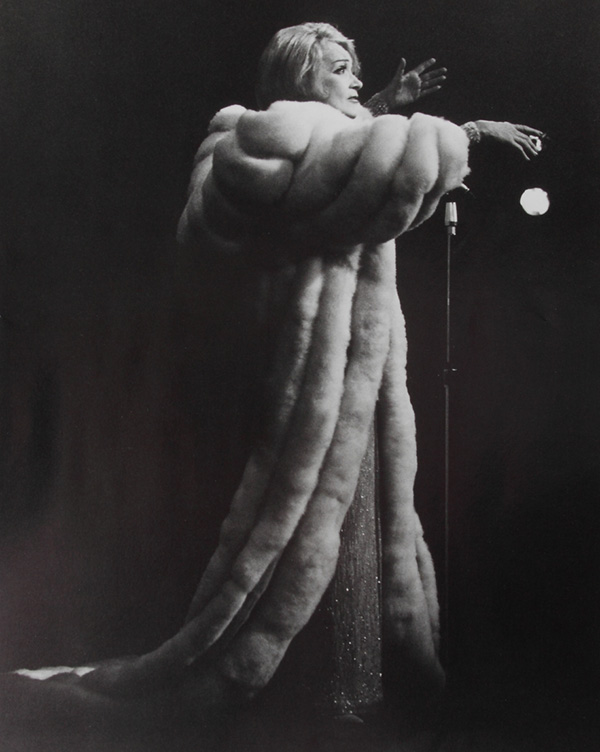 A fascinating exhibit showcasing pieces by McQueen, YSL, Chanel, Ann Demeulemeester, Dries Van Noten and many more. Well worth the visit! We also had the chance to look behind the scenes, but more on that later…

(PS:For more info on the silhouettes, scroll over the pictures.) 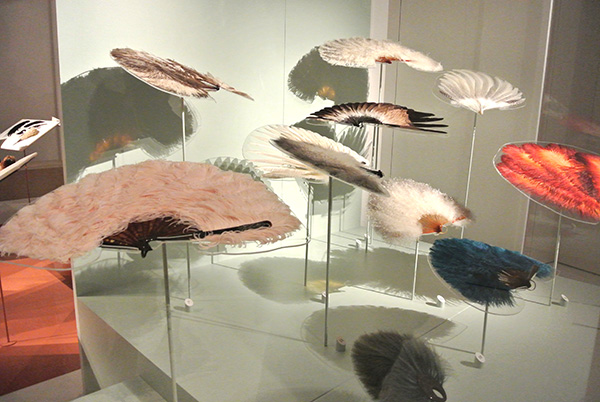 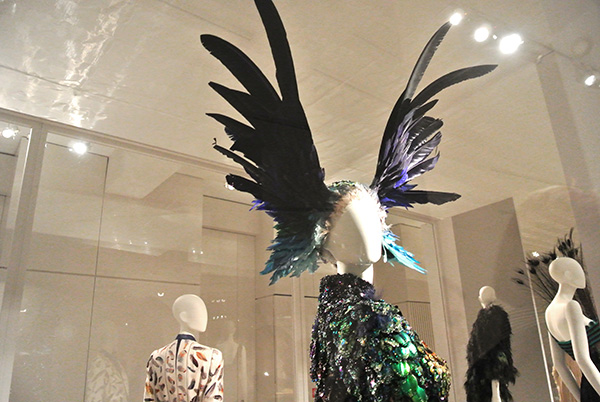 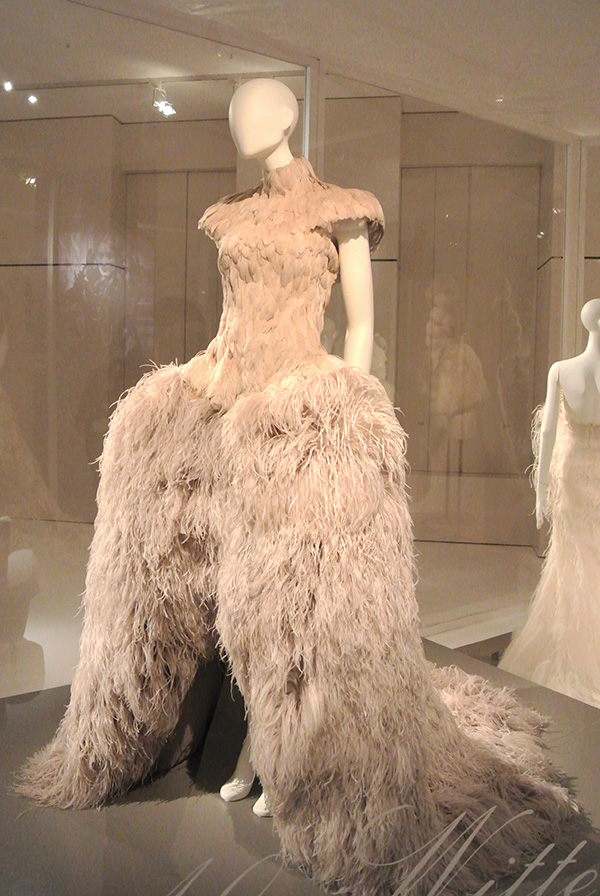 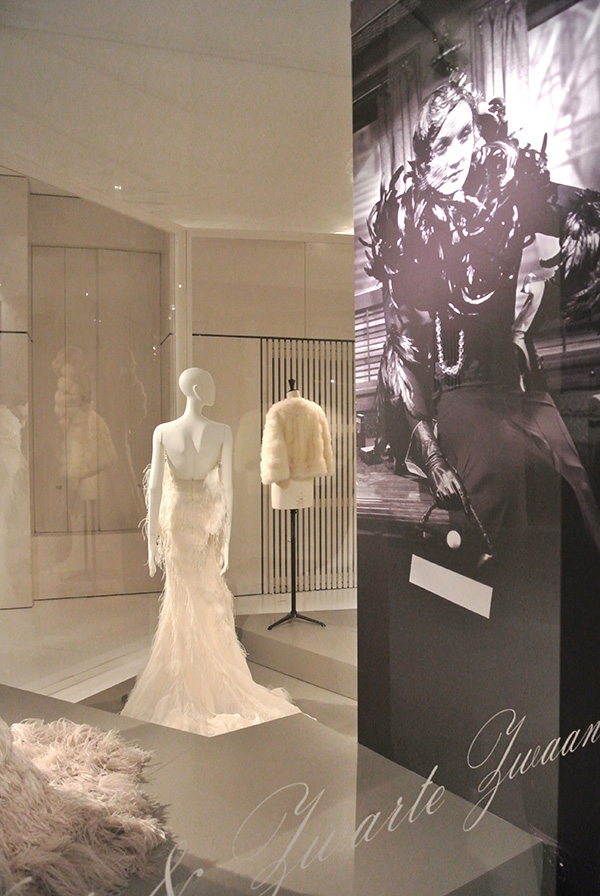 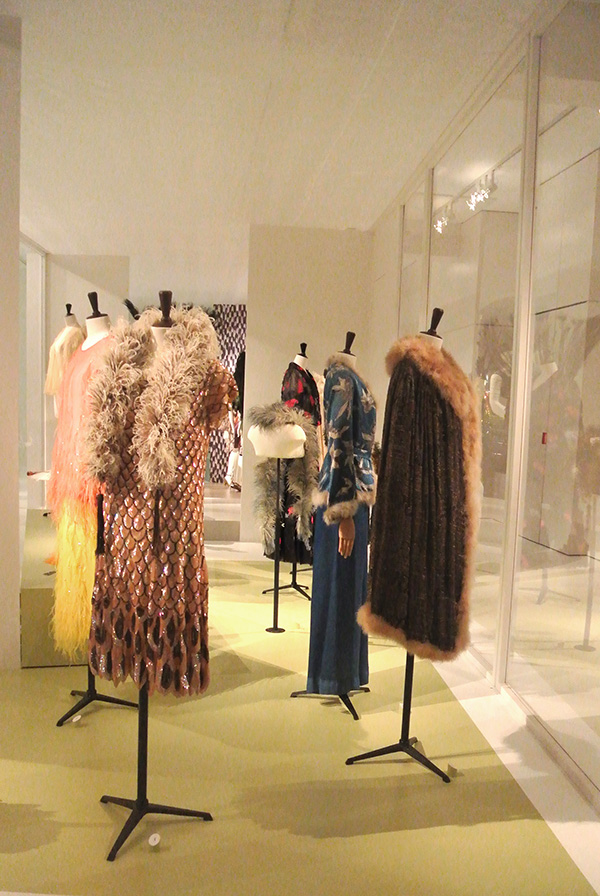 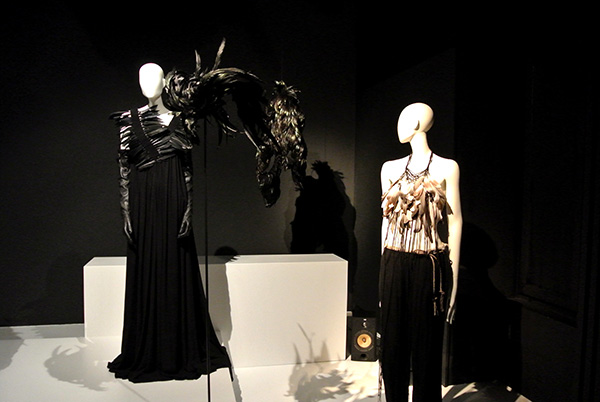 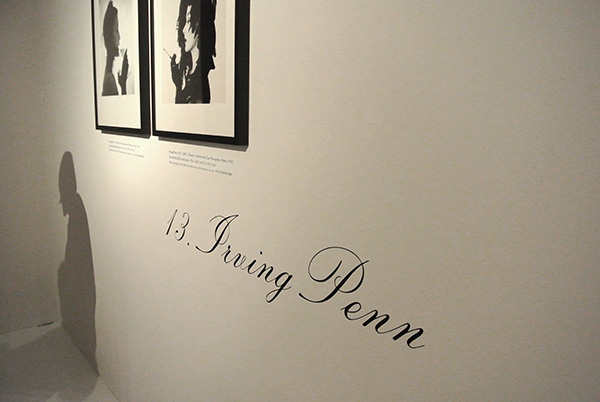 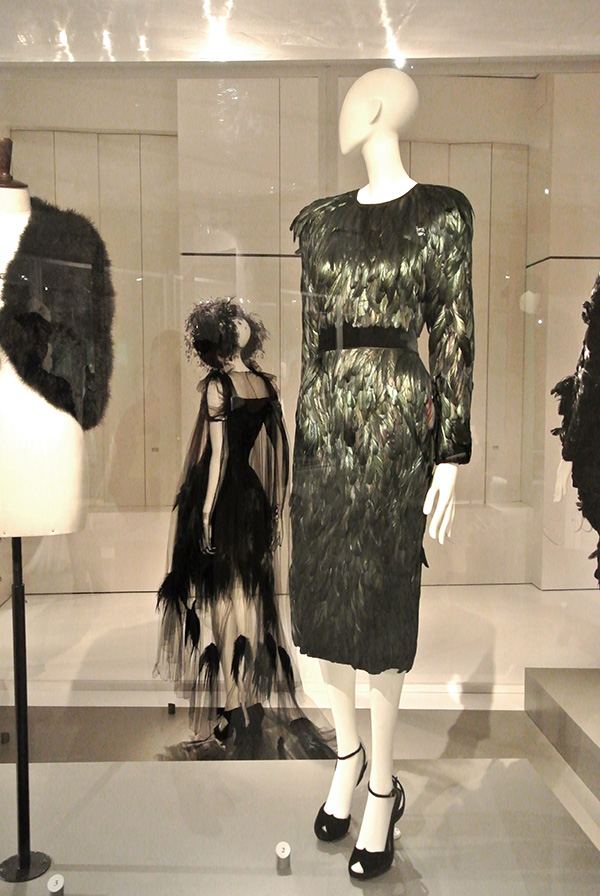 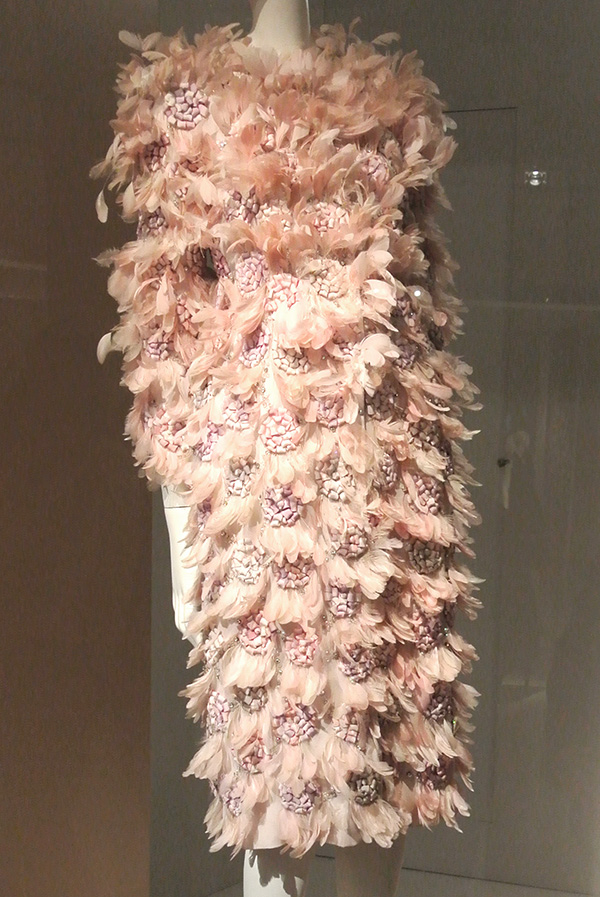 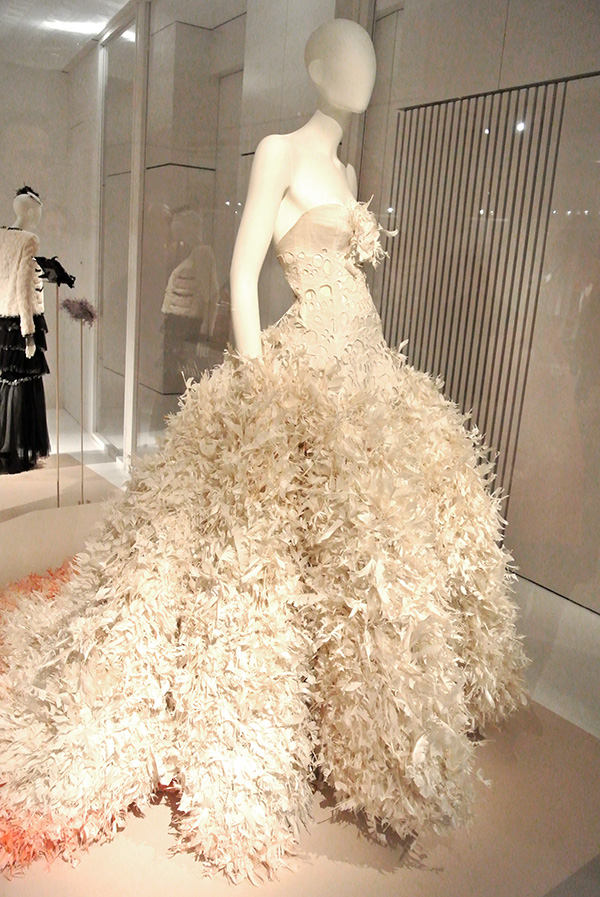 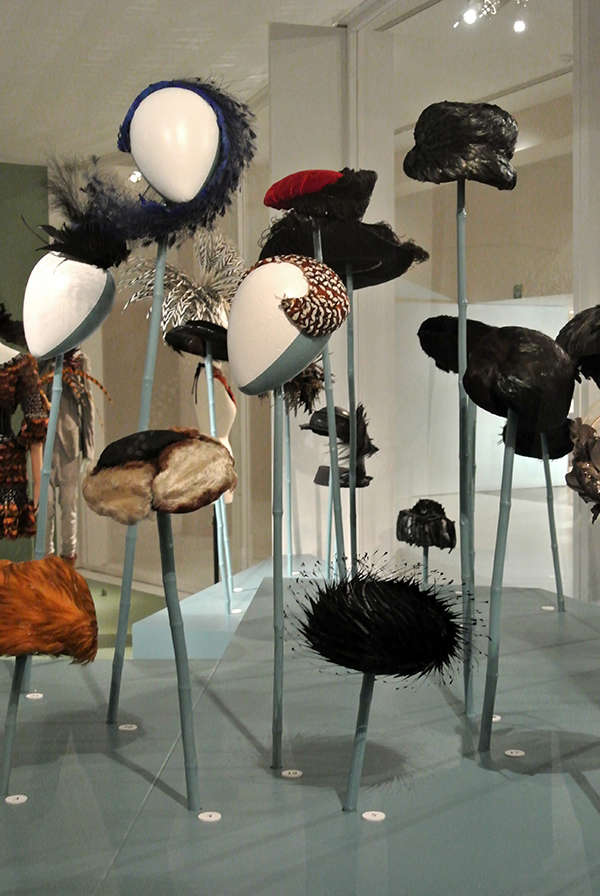 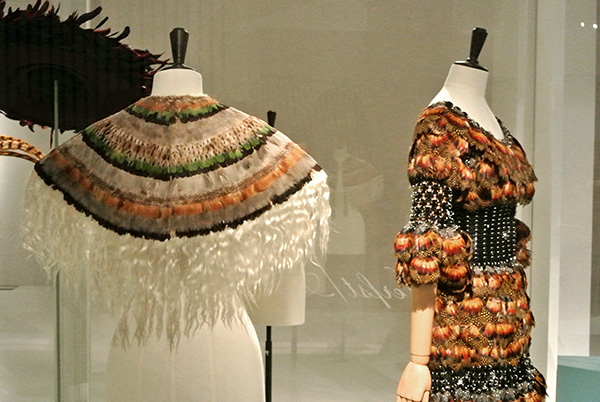