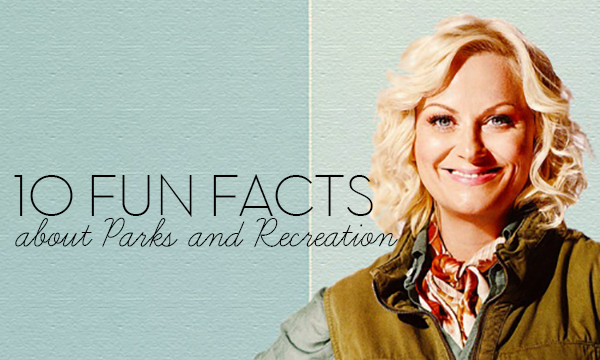 Parks and Recreation is a show that has really grown on me. I admit I wasn’t immediately hooked on this one, but “stuck it out” because of, well, the awesomeness that is Amy Poehler. I’m glad I did, because this show is actually amazing. Leslie’s good intentions, April’s dry remarks and oh… Ron Swanson. So without further ado…

Her mother is actress Peggy Lipton. Lipton played Julie Barnes in “The Mod Squad,” a TV series from the 1960s and 1970s and Norma Jennings on”Twin Peaks.” 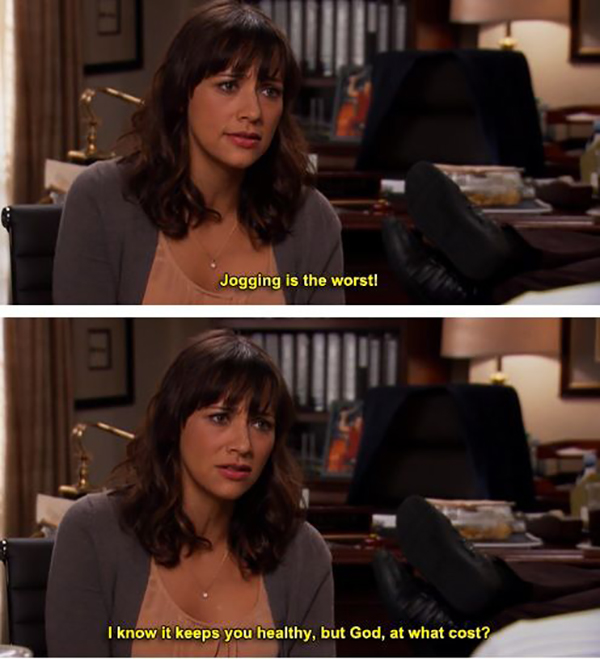 That means Ron Swanson is married to Karen from Will & Grace. Think about that. She also stars in Parcs and Rec as Ron’s ex-wife Tammy 2. 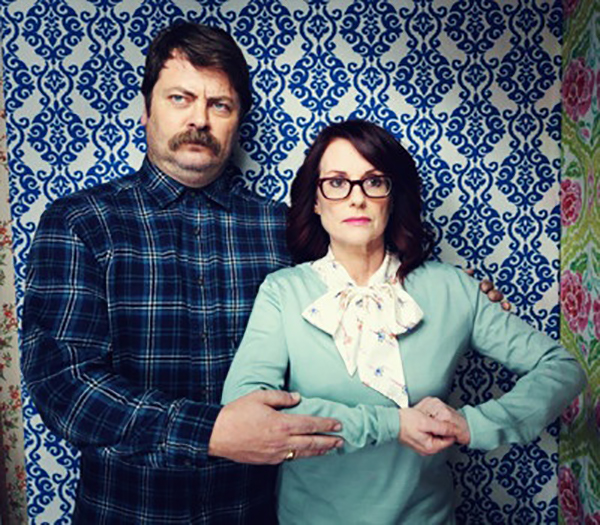 3. Aubrey Plaza gets a lot of the inspiration to play April Ludgate from her younger sister.

“One time I heard her call someone ‘schwasty,’ and I was like, ‘Natalie, what does that mean?’ And she was like, ‘You know, schwasty.’ And I was like, ‘No, I don’t know.’ But I’m gonna use it.” she told Latina Magazine. 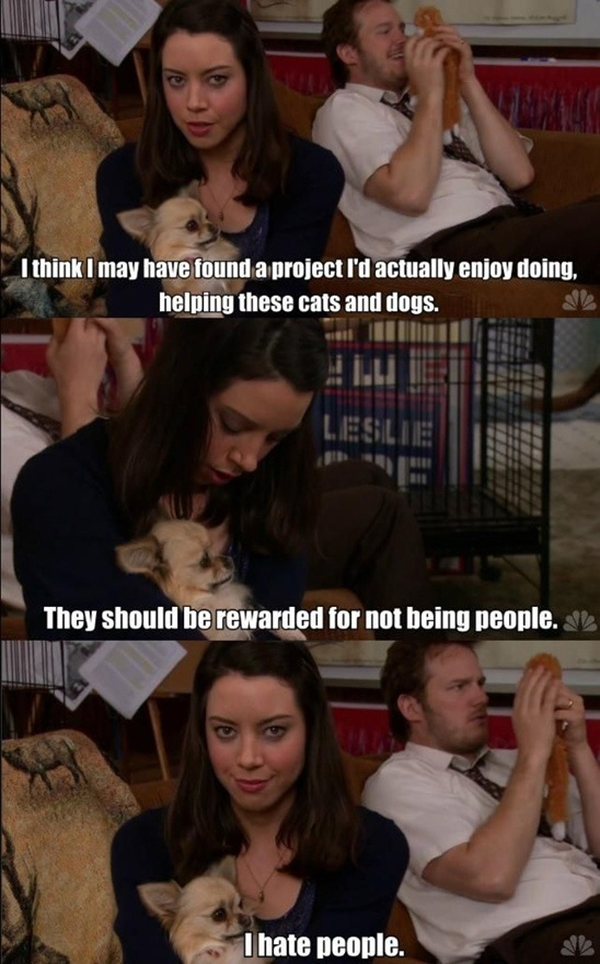 The show’s makers knew of him because he’d auditioned for Steve Carell’s role in The Office. He originally auditioned for the role of Mark Brendanawicz,  portrayed in the show by Paul Schneider. 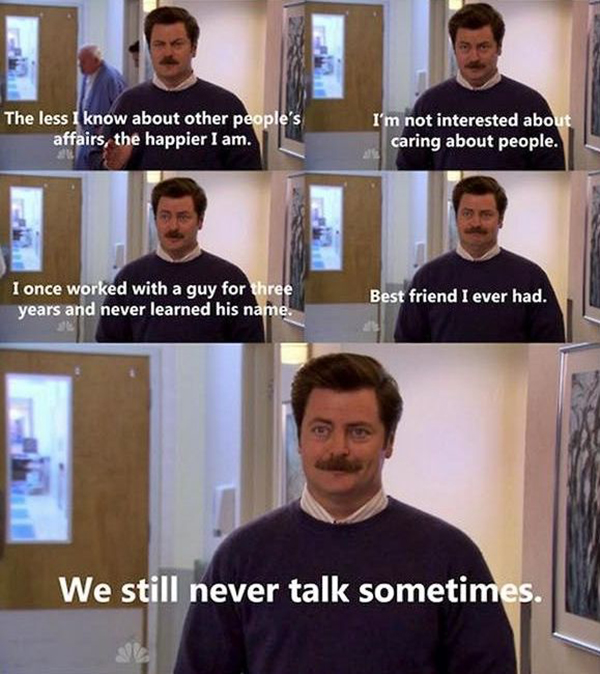 5. Before Parks and Recreation aired, it received negative feedback.

Deadline’s Nikki Finke published parts of the mostly negative focus group on the show. In reading the comments, Amy Poehler (Leslie Knope) spotted one from Jeff Garlin saying: “These reports are a bunch of crap. Larry David was given as a gift a framed copy of the report of the Seinfeld pilot that was much more negative than this one by an NBC exec. The exec thought it was funny. Larry replied “Why is it funny? You still use these.” Nikki I’m surprised you’d publish this. Any good show is bound to get a negative one.” Amy Poehler sent Jeff Garlin a bottle of wine the next day. 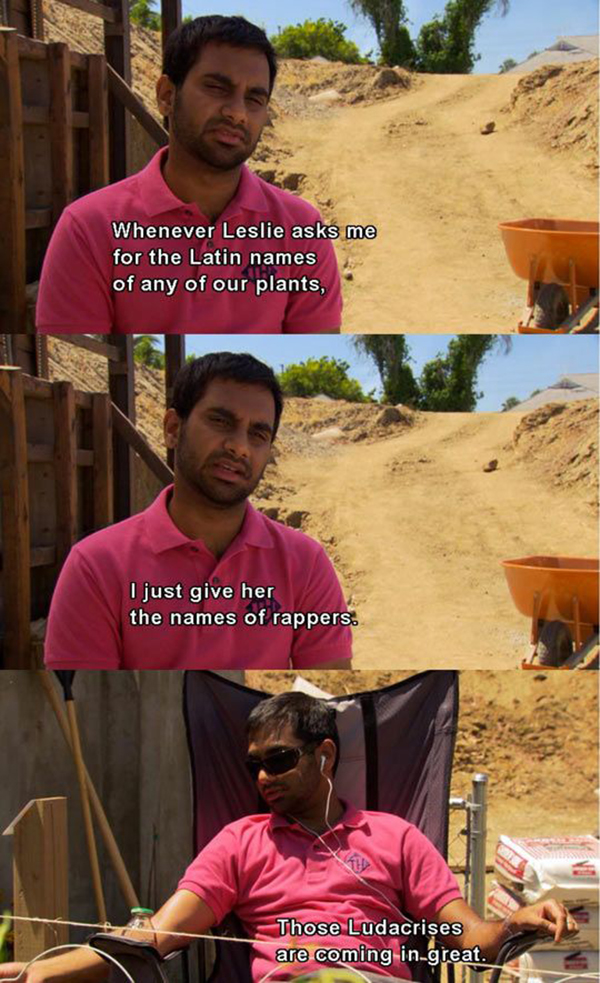 The writers did not know that when they wrote him his sax-playing alter ego Ron Swanson in Parks and Rec. 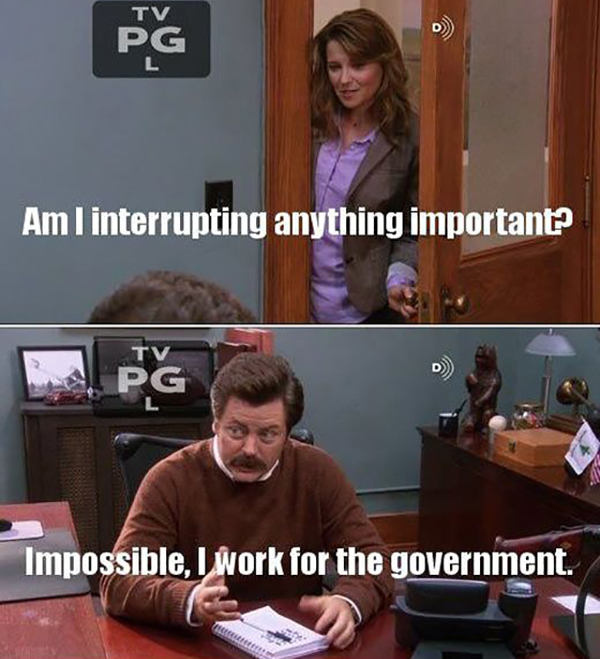 7. Chris Pratt (Andy Dwyer) auditioned for the lead in Chuck.

He wasn’t nerdy enough to portray the character. 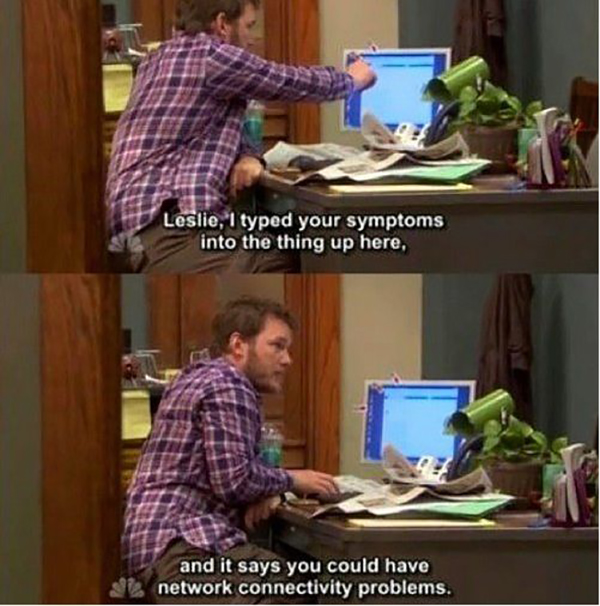 8. Amy Poehler’s got a theater in New York City. 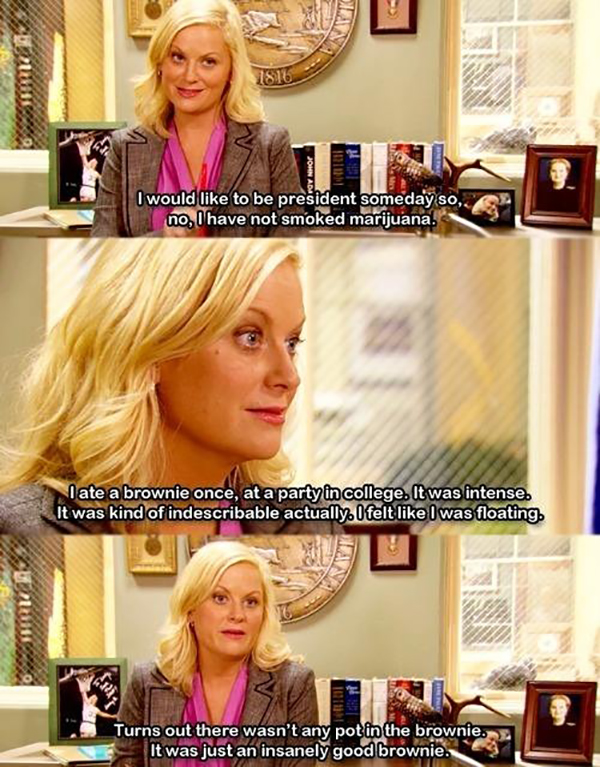 The first time was at a Jamba Juice. Plaza didn’t recognize him, grabbed her drink and walked away. The second time, she turned him down after he invited Plaza to a magic show. Enter this hilarious quote:

“I actually did hear from him one time. He invited me to a magic show through someone else, and I couldn’t go because I had to go to this charity thing for Amy, and it was like, “bros before hos,” or “hos before bros,” however that phrase goes. I just rhymed a lot. So, yeah. I don’t know what’s in store for me and him. I think he has a girlfriend, but maybe I’ll murder her someday and we’ll be together forever.” 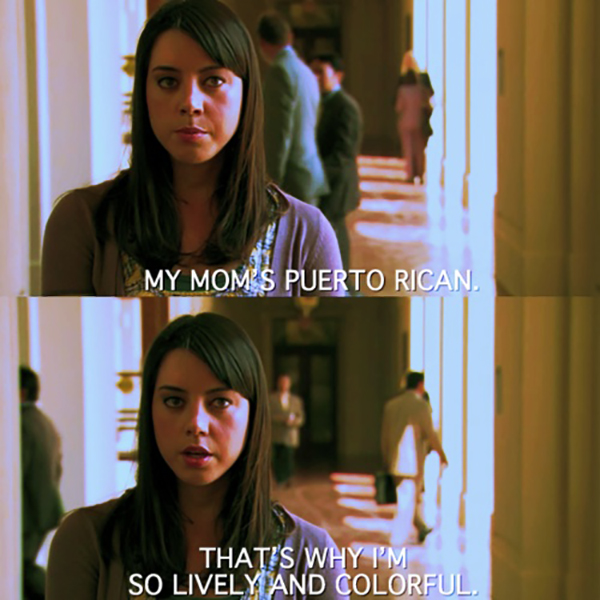 10. You may have already seen this, but I couldn’t resist: Here’s Amy Poehler, Tina Fey, and Lindsay Lohan rehearsing the freestyle rap for Mean Girls.