I recently got an e-mail about Modern Family. I have to say, these are my favorite kind of e-mails: “We’ve noticed on twitter that you’re a fan.”. If I could write a small review about the fourth season of the award winning comedy show? Don’t mind if I do. You see, the fourth season of Modern Family has just been released on DVD here in Belgium. Perfect for cosy nights in, general laughs or gifting under the Christmas tree.

I’ve been a Modern Family fan for a while now, I just love everything about the show. The mockumentary style of filming, bombshell Gloria, Manny’s wisdom beyond his years, Luke’s stupid remarks, Phil’s dad jokes. And Cam. Oh dear Cam… And what I think I love most is that I don’t really have a favorite character in the show, I just like the whole happy dysfunctional family. 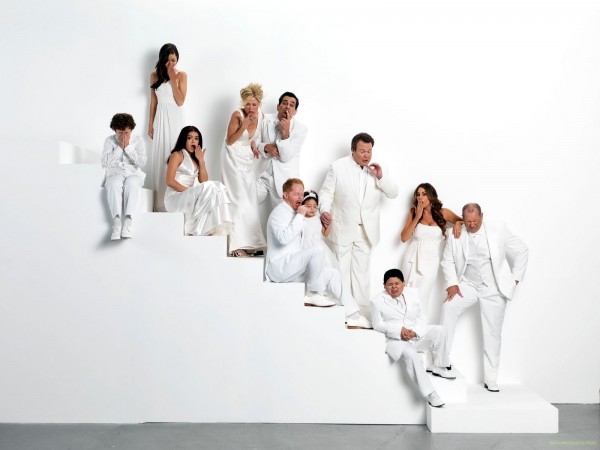 In season 4, Haley goes off to college, Jay turns 65 while Gloria is expecting their first baby, Cam becomes a music teacher and Mitchell becomes a stay at home dad. A recipe for disaster/comedy if there ever was one.

While I’m on the subject of Modern Family, I thought it would be nice to share some trivia! Here goes…

1. Ed O’Neill, who plays pater familias Jay Pritchett also played Al Bundy in Married with Children. The actor reads the same newspaper for both roles. (That is one famous newspaper by the way) 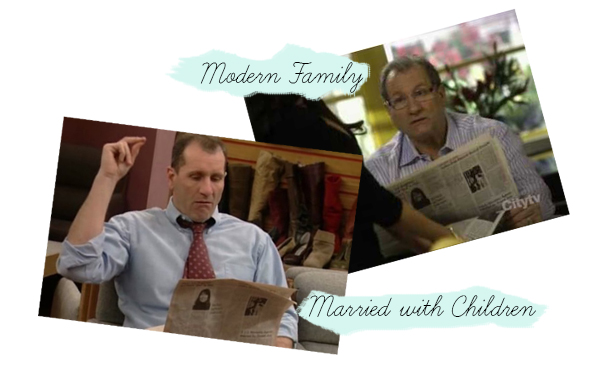 2. Nolan Gould, the actor who plays Luke has been a member of mensa since he was 4 years old. He has an IQ of 150 and graduated high school at the age of 13. Yes, really.

3.  Sofia Vergara, who plays Gloria, is really from Colombia. She nearly became a dentist instead of an actress. According to Forbes, she was the highest paid television actress in 2012. Not so fun facts: In 1998, her brother Rafael was murdered in Bogota. Her brother Julio has been arrested 30 times for drug related crimes. 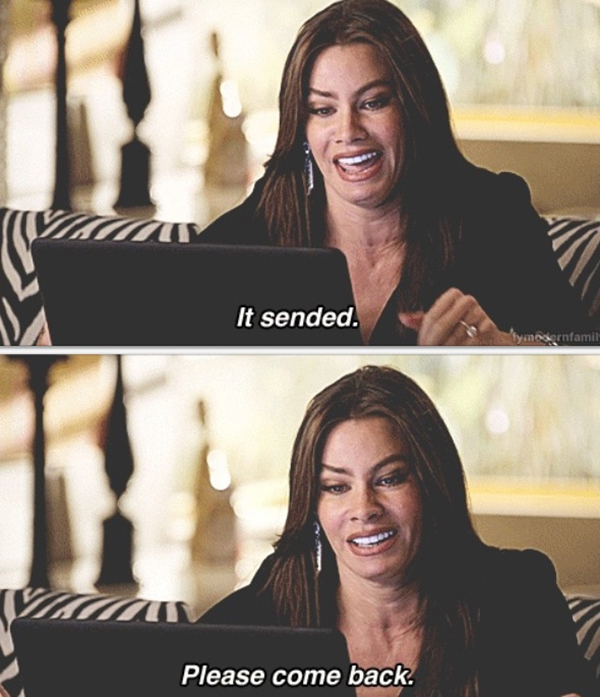 4. Eric Stonestreet, the actor who plays Cam, is not gay. 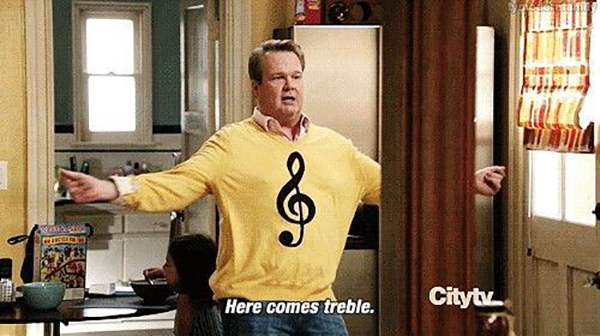 6. Eric Stonestreet wanted to become a clown when he was a kid. The clown “Fizbo” from Modern Family is actually his childhood invention! 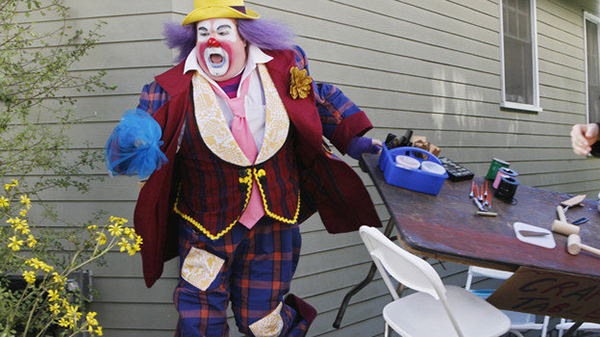 7. Sarah Hyland (Haley) has had a kidney transplant. 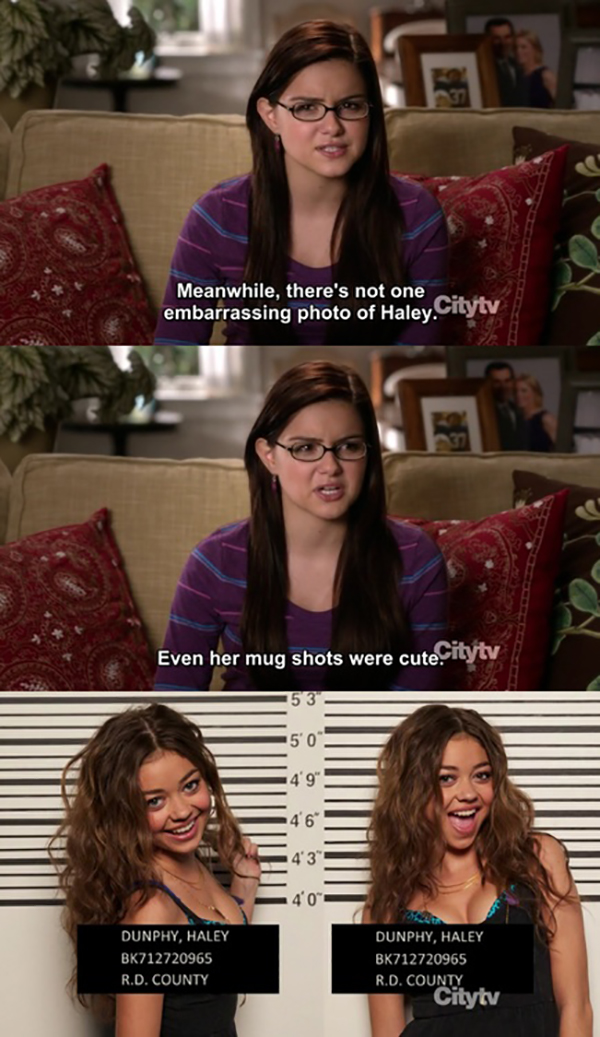 9. Cutie Aubrey Anderson-Emmons plays Lily because the original twins playing the role got fussy once they became toddlers. Check out this amazing red carpet snap of her! 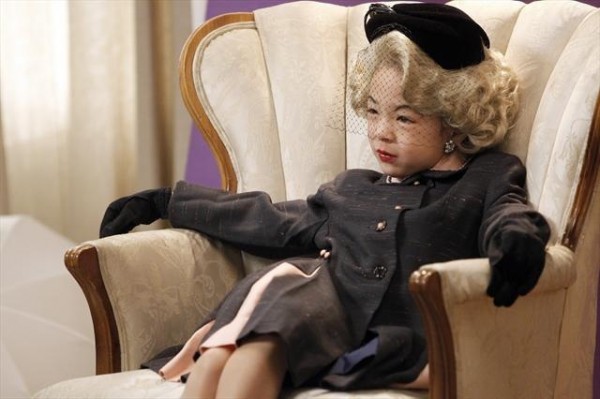 10. Ty Burell (Phil) was once homeless. He lived in his van while attending Penn State University 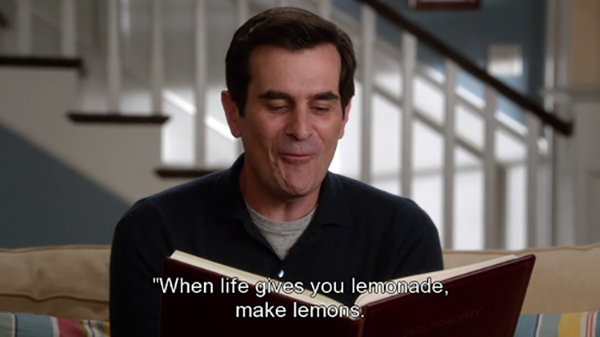 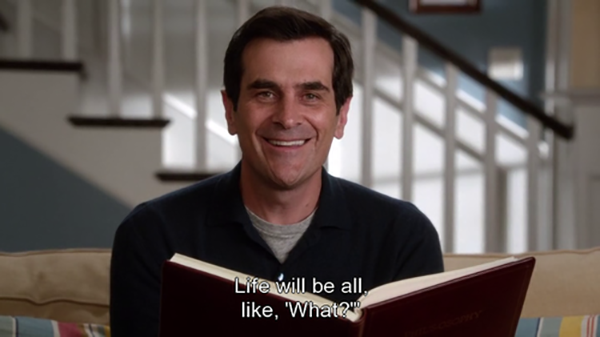