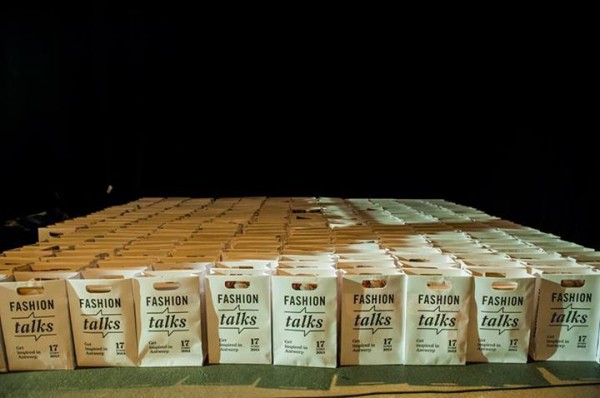 I’ve already shared some ups and downs with you about being an entrepreneur in this post here, and with last thursday’s Fashion Talks as a starting point, I wanted to dig a little deeper. The past weeks (let’s say months) have been an emotional and physical rollercoaster of epic proportions for me. Between the launch of this website you are reading here, my usual tasks for Lily and the Lady, a photo shoot that got cancelled and then finally happened last sunday, working on a redesign for our webshop, buying a house,  trying some new tactics like home sales and advertising and our first pop up event it feels like I haven’t had any peace of mind since I got back from Brazil.

Every new season, I feel like I need to step up my game and work even harder, try my best to reach my goals. And most of all, I want to be able to continue calling the shots in my own life. In the process of sticking out my neck, I feel that lately it has been chopped of more than once.

For this reason Fashion Talks and some other events I attended last week like the Weekend Fashion Award, Fashion in Antwerp and Krachtvoer left me with mixed feelings. I can tell you that I was bouncing of the walls with excitement before, during and after the lectures at Fashion Talks. The people there were SO incredibly inspiring, but at the same time, part of me wants nothing more than give up when Business of Fashion founder Imran Amed states that his website grew into what it is today in merely five years. Obviously, I’m well aware this is the reason why 600 fashion professionals even go to the Waagnatie to hear this man speak, and not everyone can be in his position while most of us want to be. Inspiring as these tales may be, they always cast a shadow of doubt over my head: “There must be something that I’m doing wrong.” Suddenly, those goals I reached aren’t as shiny as they used to be. It seems to me that with comparison comes the will to aim higher but also self doubt and yes, some frustration. So what I’m taking away on a personal level from this process is the following: my new goal is to think less black and white. It is to stop comparing myself and just go. To listen, learn and just do it, with the occasional meltdown, I’m sure.

With this in mind: some of the insights and quotes that inspired me during Fashion Talks! 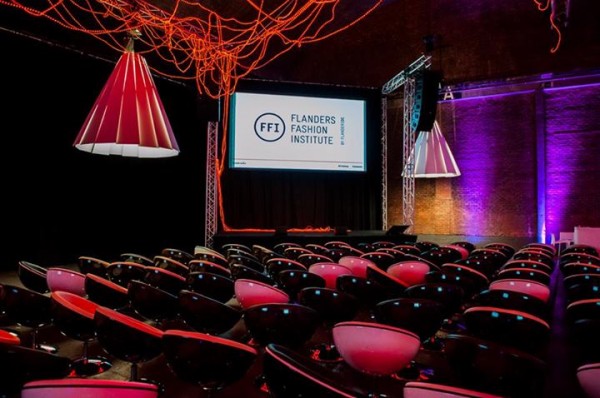 It was interesting to see different views on being a designer in the (digital) era we live in. This is something you hear quite often when there is talk of the medium that changed it all: the internet. I feel that with journalists and designers, there is often some nostalgia. They long for the time when information spread slower and the fashion industry wasn’t under the microscope. Understandable? Yes. Just a tad elitist? Also yes. I feel the internet has opened up the industry in both good and bad ways. For example: I think it is a wonderful thing that “the masses” can now follow the fashion weeks on style.com, but at the same time, I don’t like that this makes it easier for high street chains to copy designs. 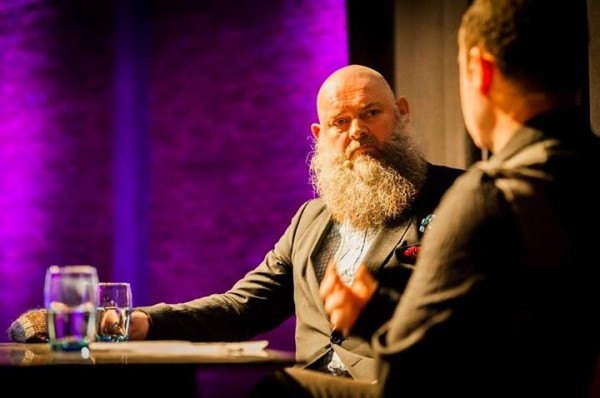 “Investing my own money and being independant saved me from the enormous pressure of the industry.” -Walter Van Beirendonck

Not surprisingly, we detect some of this nostalgia with Belgian iconic designer Walter Van Beirendonck. He also believes that setting up your own brand in 2013 is economically more challenging, but it is easier to get noticed now. I was only just born when he set up his brand, I take his word for it. Style.com journalist Tim Blanks also speaks with fondness of the real thing vs online: “Nothing replaces physical presence”.

“I’ve seen thousands of fashion shows. It’s a strange way for a man of a certain age to spend his life.“-Tim Blanks

Walter feels that by selling their brand too soon, young designers don’t have the freedom to evolve, which is a pity. Young designer Christian Wijnants on the other hand stated: “From the start I had a very commercial idea of working in fashion.” Other voices seemed to agree that creativity does need to be managed. On this topic, Stephen Burrell feels it is important to understand that the designer is the goal scorer, and it is his view the brand markets. A neverending debate in my opinion, and probably one that fuels a lot of the things that go on in the industry. 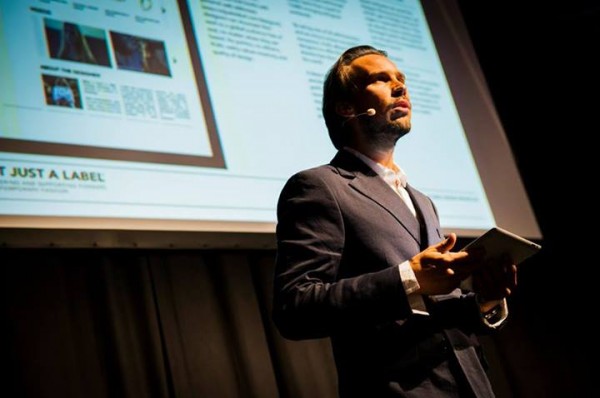 I see this in my own behavior and I am not the only one: the past few years I’ve been drawn more and more to heritage brands. It’s probably also because I am getting older, but as a teenager, I would  have never imagined that someday I would buy a Burberry coat. On that note: I can also feel my need to go back to the basics. Buy something handmade. Something “real”. Not only in Fashion, but also when it comes to food. As I said, this has a lot to do with becoming a proper adult, but it’s also because the times they are a-changing. Not just a label fits into this perfectly: it is a wonderful platform that supports and promotes young designers, and fouder Stefan Siegel embodied his brand’s vision perfectly. I sort of agreed with everything he had to say. On this topic, we heard Concetta Lanciaux tell the story of Louis Vuitton and learned the history of the iconic Chuck Taylor All Star from Chris Snyder. Interesting stuff.

“Converse saw themselves more as the Beach Boys than Van Halen.” -Chris Snyder. 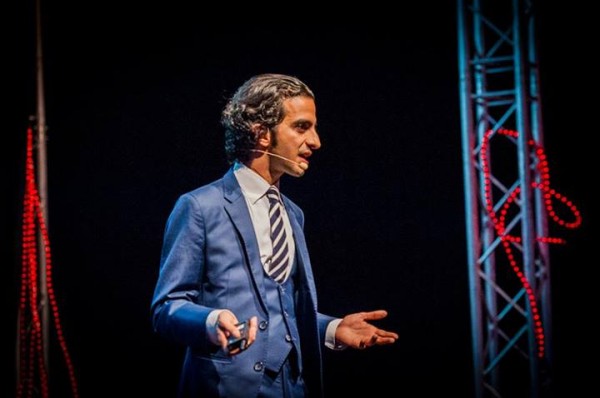 The talk I was looking forward to the most was Business of Fashion founder Imran Amed. I feel he gave fashion a decent economic voice, and is helping transform the public’s view of it from frilly to an actual industry. He truly found his niche and owns it. In my opinion, a real innovator. As his business is online, I was really curious what he could teach me. One of the most striking things I remember from his lecture is “let your community spread your brand.” So interesting, but a lot more difficult than it seems when he is talking about it. Another thing that made me think was “you don’t need original content”, meaning that you can offer another service by curating and offering the right service at the right moment, like he does with The Daily Digest.

“Word of mouth is the advertising money can’t buy. Twitter is word of mouth on drugs” -Stefan Siegel.

“I don’t really understand PR. It’s their job, but it’s not my job to respont to them.“- Tim Blanks 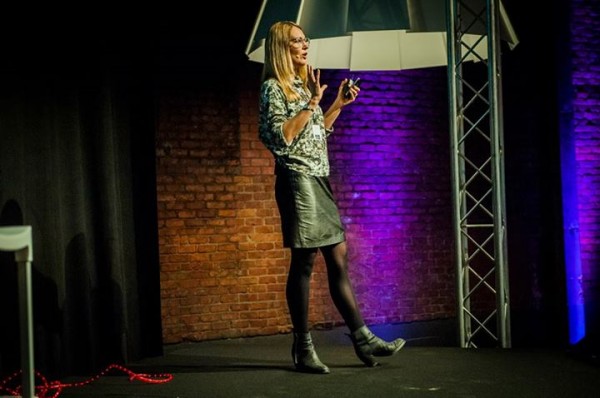 And then there’s more…

I’m saving some specific insights on retail for an article I am writing in Pure Magazine, I’ll mention it when it’s out for those of you that are NOT bored of me blabbing on about this. Some of my favorite views on retail came from Jo Jackson, the managing director of Protein. Make sure to check out her video when it comes online. Oh, and do buy a ticket for the next Fashion Talks if and when it happens.